This week, British shoemaker Clarks launched its first dedicated men’s pop-up in Covent Garden. To mark the opening, I photographed four London gents in their favourite Clarks’ styles around Seven Dials. In our final interview, Fashion Editor John Jarrett talks about rock climbing in Portugal and food in Asian culture. See the full feature below and if you’re in London head to 55 Neal Street from the 23rd onwards, where you can find my photography as well as a curated selection of Clarks’ coolest mens footwear. John is wearing Monmart Limit in black and was photographed in The Phoenix Garden – 968 feet from the pop-up shop at 55 Earlham Street. 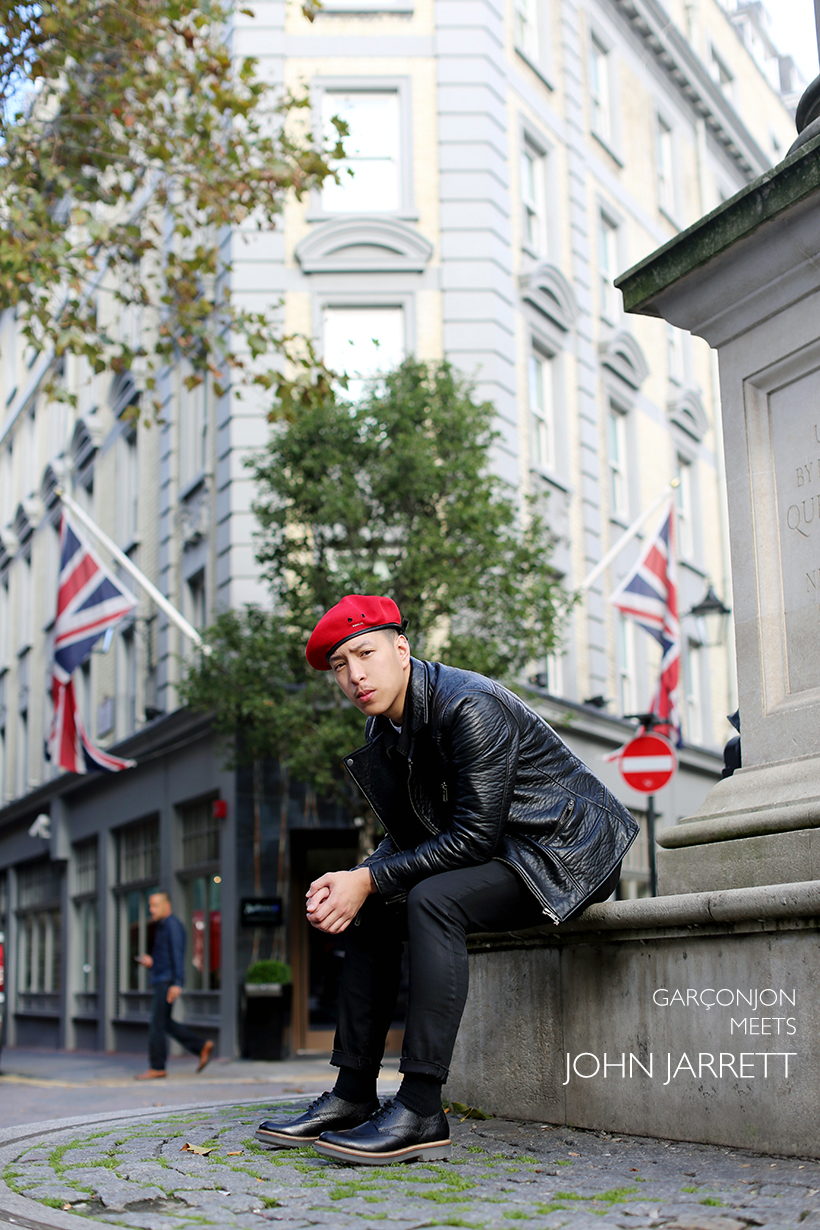 John Jarrett, Fashion Editor at Individualism. Where did you grow up and where do you live now? Born and raised here in London. Still here! What’s your star sign? I don’t believe in star signs, but I was born in mid-May so I guess, Taurus. Current album on repeat? I listen to a lot of korean music these days and although I can’t understand most of it, it brings me back to the old school r’n’b days. I’ve been listening to Crush on You by Crush (크러쉬) and the Red Light album by Zion.T Describe yourself in 5 words? Ambitious, Creative, Chilled, Dreamer, Determined. When you were a child, what did you want to be when you grew up? When I was a kid, I had my heart set on being a dentist. Don’t ask me why, I don’t even remember. I was always drawing since primary school and developed a love for characters and stories. I played a heck of a lot of games and wanted to be a character designer for games. That kind of helps me in being imaginative when it comes to adapting ideas to shoots and short films. As the fashion editor of Individualism, you’ve done some fantastic shoots. What’s been your most memorable so far? Oh thank you!! Appreciate the love! I think my most memorable shoot to date was the one we did in the Algarve region of Faro, Portugal with Australian brand AM Eyewear for our ‘indiv on the road‘ series. Man, that shoot was full-on! My team and models flew over from London and we shot in 40 degree heat! We only had 2 days to shoot and location scout and on top of that I lost my contact lense solution. Our camera ended up broken, we had to climb rocks to get to the best location and it was a race against time to get as many shots we could whilst the sun was out. The bright side was that we got to jump into the sea with what little break-time we had. You’ve turned your hand to quite a few things over the years. What drew you to move into fashion? I wanted to be a character designer and pursued that dream going into university. My dream was to work at Pixar in the US or in Japan but that wasn’t something that was readily obtainable at the time. After graduating and working briefly in an animation studio here in London, I felt that it wasn’t the right career for me. So decided to use my knowledge of character design in fashion. 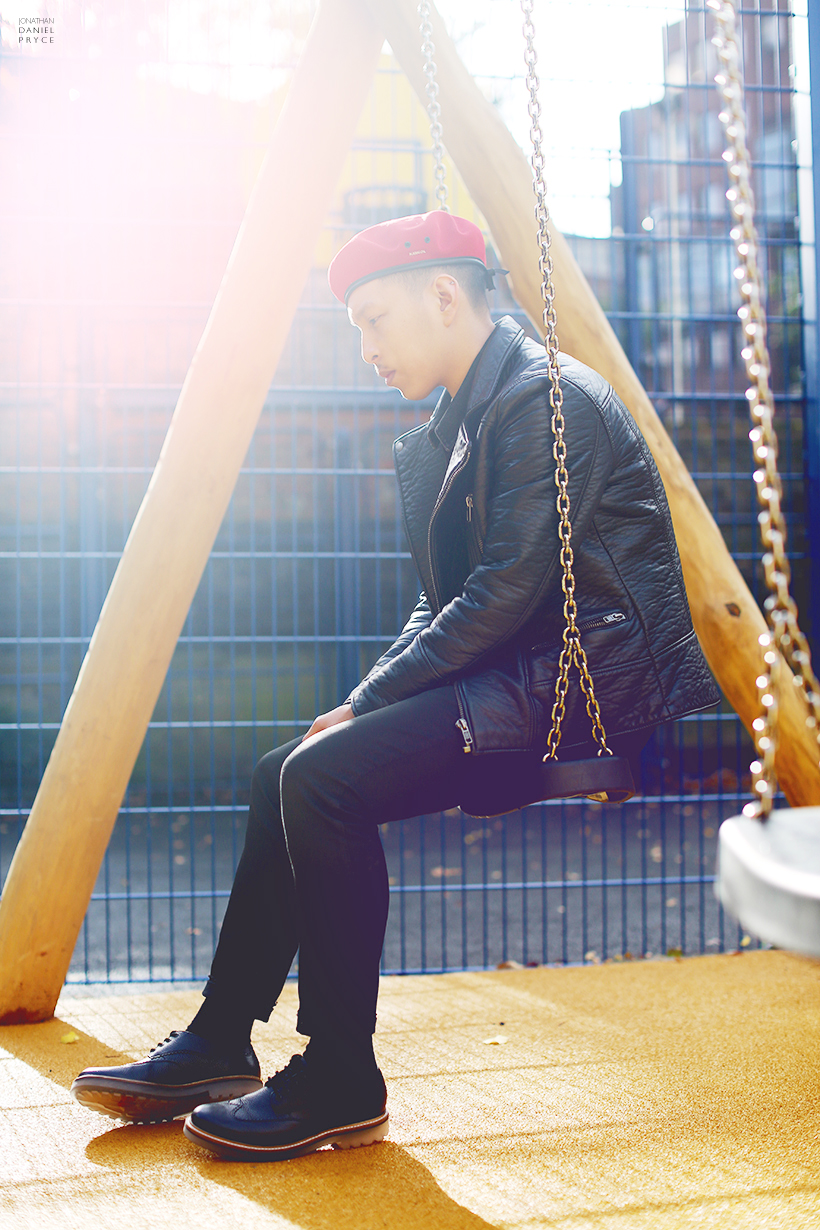 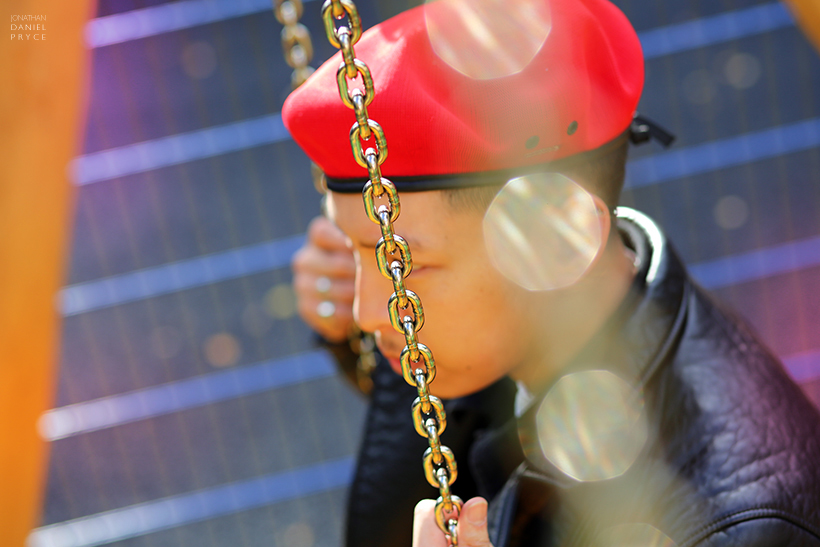 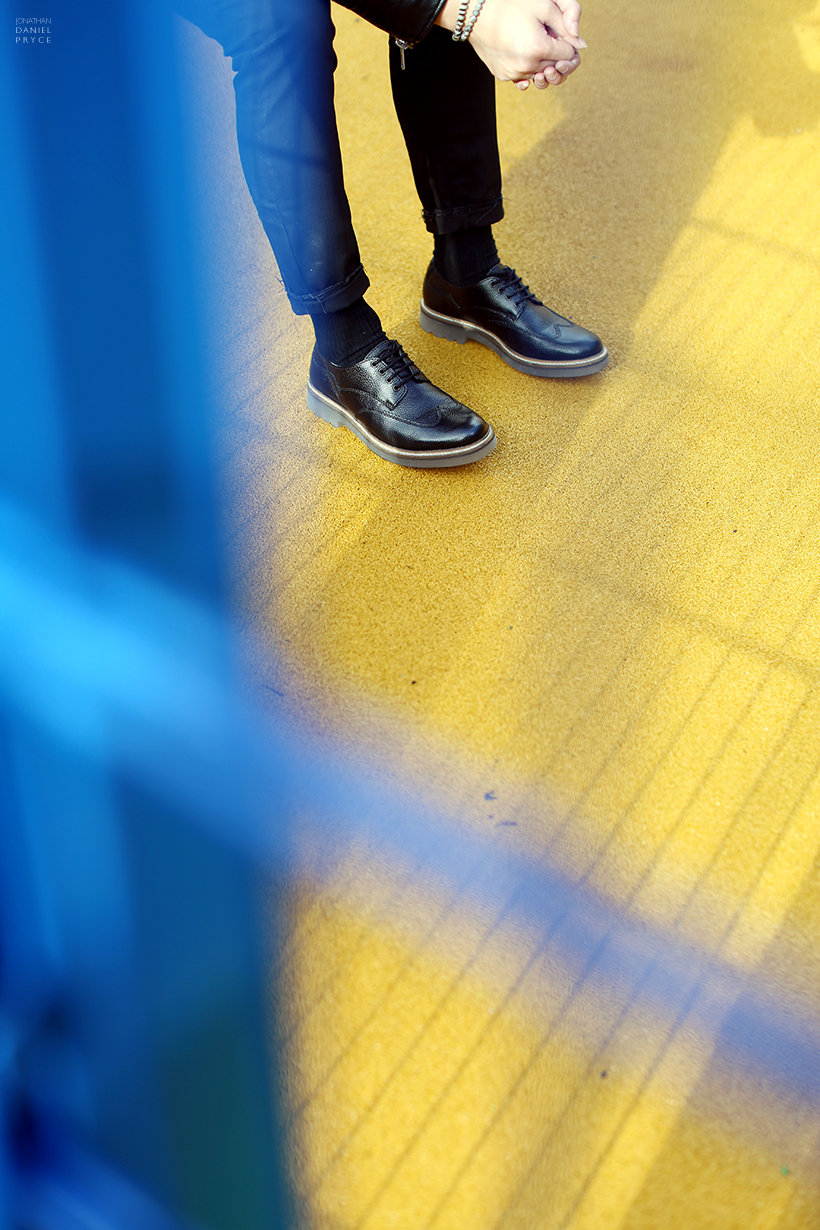 As a stylist you must be constantly looking for new designers – are there any you’re excited about currently? Absolutely, I’ve kept my eye on a few new brands, one of which is Diego Vanassibara. Those shoes are amazing. He experiments with classic shoe styles mixing in hand-carved wooden panels. In terms of British brands, I’m really excited about Waven (pronounced Woven), which is a London-based brand whose aesthetic is built on contemporary casual styles with it’s main focus on denim at an affordable price-point. You’ve got quite bold style and I remember you told me a couple years ago that your Mum still doesn’t understand your dress code. Why do you think you’ve been drawn to dressing differently? Yeah she makes fun of the fact that my styles change regularly. It’s not a case of me being drawn to dressing differently but I had always been shy and needed a way for me to be creative and socialise. I’m sure most people get heckled at when they’re even the slightest bit different in the way they dress. When i’m walking around with the Indiv crew we always get asked if we’re characters of Boardwalk Empire. Having an eye for the unique, who do you think dresses well? This one is super hard as I know a lot of guys that I actually look up to when it comes to style. I think it’s definitely got to be my Outlanders brothers. Everyone has different styles. We all adopt many styles from street, smart to contemporary. Even Taka has this bohemian thing going on. On the shoot we were chatting about the importance of food in asian culture. Why do you think this is? I think food is major part in Asian culture. Food brings family together in all parts of the world but if you’re Asian and you can’t cook, that’s a ‘no no’ for me. Asians practically live around the dinner table. My favourite Asian dish would have to be Ho-Fun in black bean sauce. My mum used to make it all the time when I was working at home. I have so many memories connected with food, including the first time I ever cooked for my girlfriend. She cooked for me a lot when we started going out and I felt that she thought I couldn’t cook complexed meals and wanted to prove to her that I could! I won’t reveal the dish, as it was quite an ordeal to get it together and is another story on it’s own. We shot in Covent Garden as the new Clarks pop-up is opening at Seven Dials. What’s your favourite thing about that area? I like how it’s hidden away from the hustle and bustle of central London and has a myriad of cool little boutiques. What happened to that Kidrobot store on Earlham St or that Maharishi store on Floral St? Well at least the TinTin shop is still alive. Any hidden secrets you love in Covent garden? I have a friend whose new contemporary art gallery ‘The Unit London’ is based on Earlham St, which brings in a lot of celebrities and art lovers. One of the best curated galleries I’ve been too. The art is insane! Leave us with some words of wisdom. Perseverance and faith will get you where you want to be. Sorry that was a Morpheus moment. But really though, you can’t live on hand-outs, you gotta be persistent, willing to learn and patient. 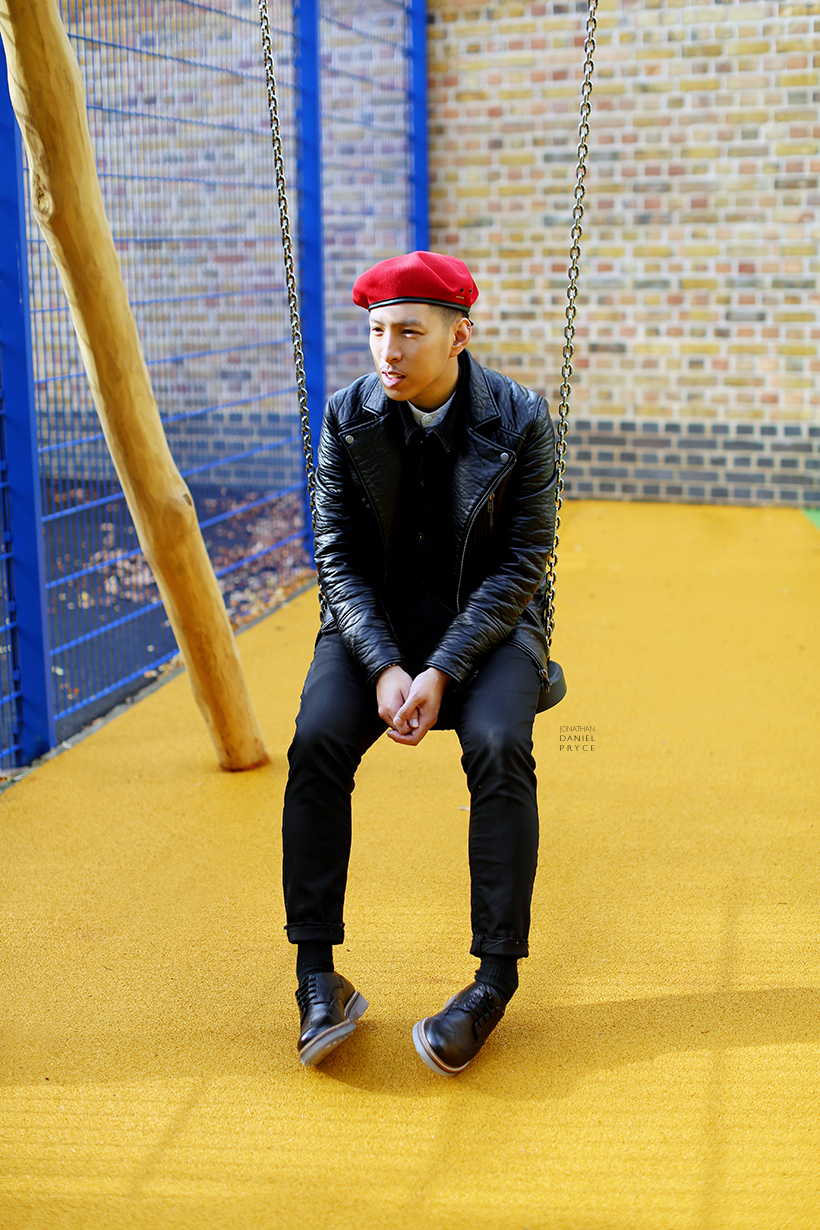 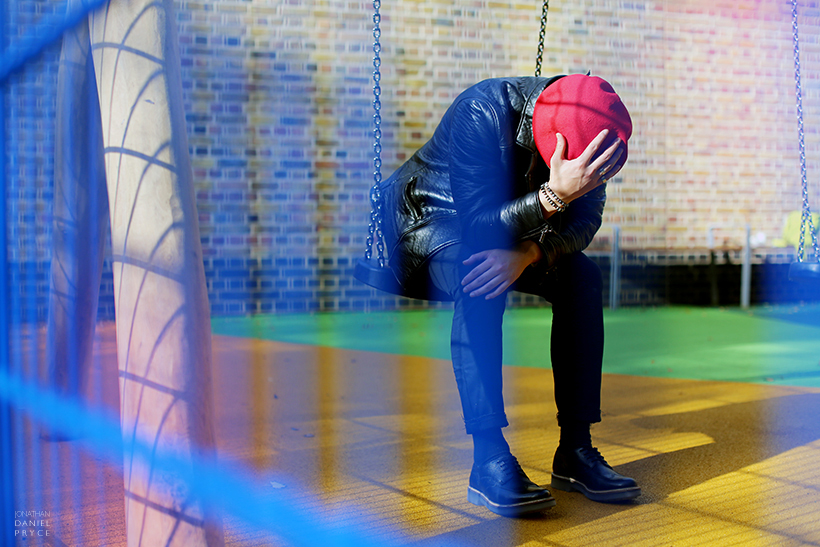 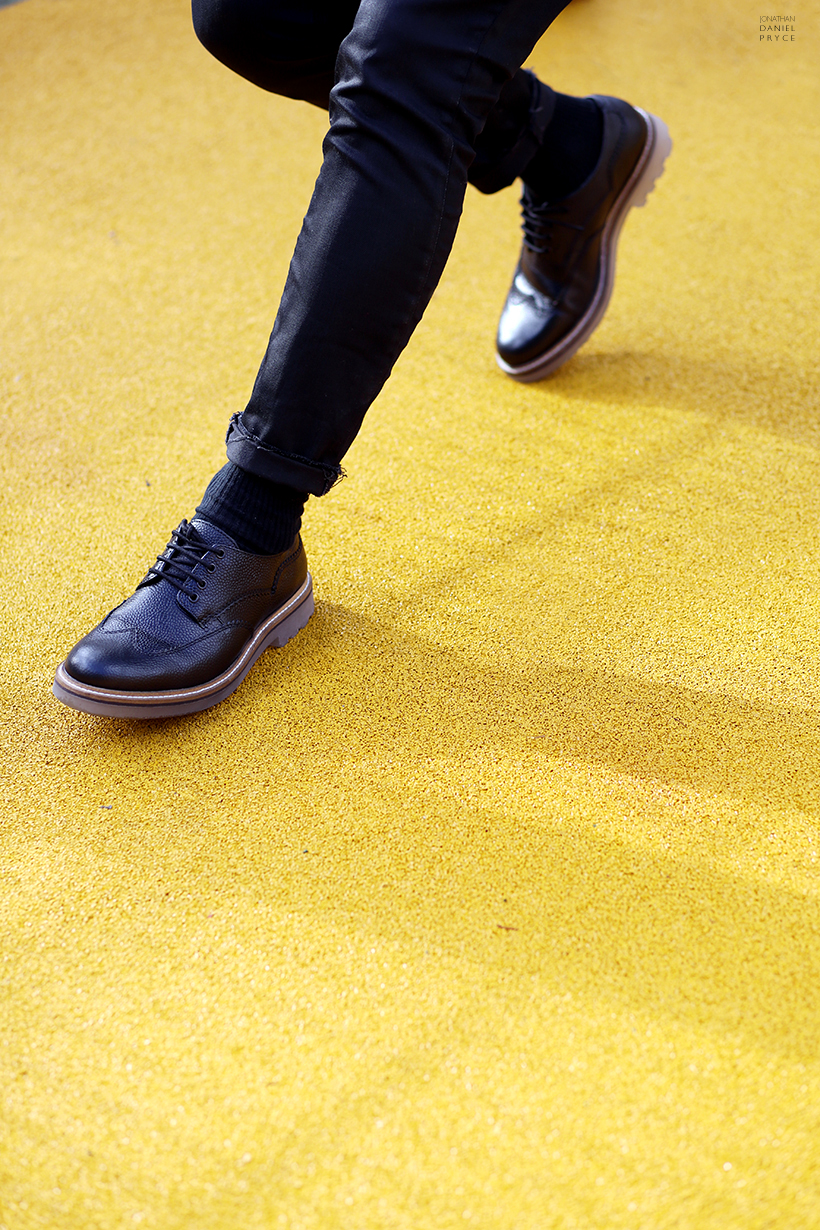 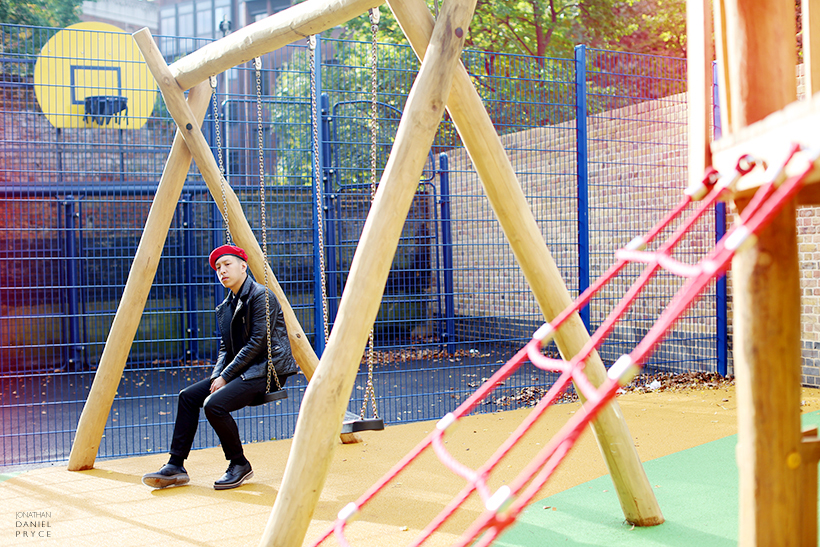