I first met Giotto Calendoli outside the shows at Milan Fashion Week and although I’d never seen him before was struck by his presence but moreover the amount of interest he generated. Within two seasons he’d become one of Europe’s ‘Street Style Stars’, always dressing impeccably – giving the photographers exactly what they want. Along with his girlfriend Patricia he runs the painfully stylish Atelier.me blog, showcasing their lives in Italy. In this segment of the GQ for GAP collaboration, I traveled to his current hometown of Milan to shoot Giotto wearing John Elliot & Co. He selected the leather and cotton baseball jacket, pairing it with vintage jeans and bag. See below for the interview and full shoot. 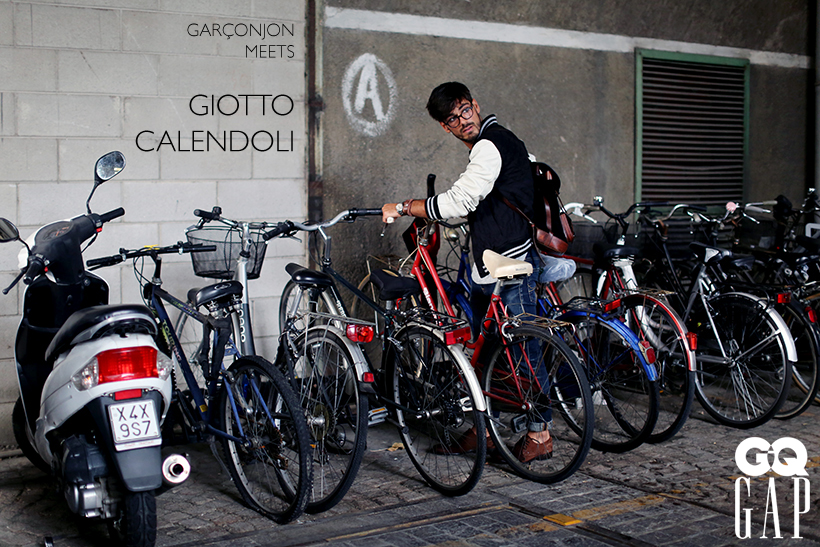 Giotto Calendoli, 25 years old, Blogger and Designer. Where did you grow up and where do you live now? I grew up in Naples but after my graduation I decided to travel around the world and I currently live in Milan with my girlfriend. What’s your star sign? Pisces Describe yourself in 5 words? Funny, Creative, Generous, Clumsy, Friendly. When you were a child, what did you want to be when you grew up? When I was child my dream was to be a soccer player but it obviously turned out differently. You’ve only been blogging for a few years but have already made a huge impact, what do you think your success is down to? Does the matching of male and female style have an influence? Yes, the atelier.me is growing more popular by the day and I’m so proud of it. I definitely think the matching of my style with Patricia’s is one of the keys to our success. It makes it easier for followers to get tips and ideas from both people. Especially because girls nowadays get inspired by menswear a lot. One of the other reasons is also be that we keep it simple so it’s easy for people to relate to us. Naturally, the whole project was born because one of Patricia’s main hobbies is photography so this is one of our goals: maintain high-quality at all times. As you said, you work with your girlfriend Patricia – how is that dynamic? How do you split the work? If you’re in an amazing relationship, working with your girlfriend and travelling the world together is a dream come true. We both do the same things usually so we split the work equally. She takes care of photography when it comes to my posts and I do the same for her. We make all the decisions together and we create content just by mixing up our ideas. It’s been working well so far. 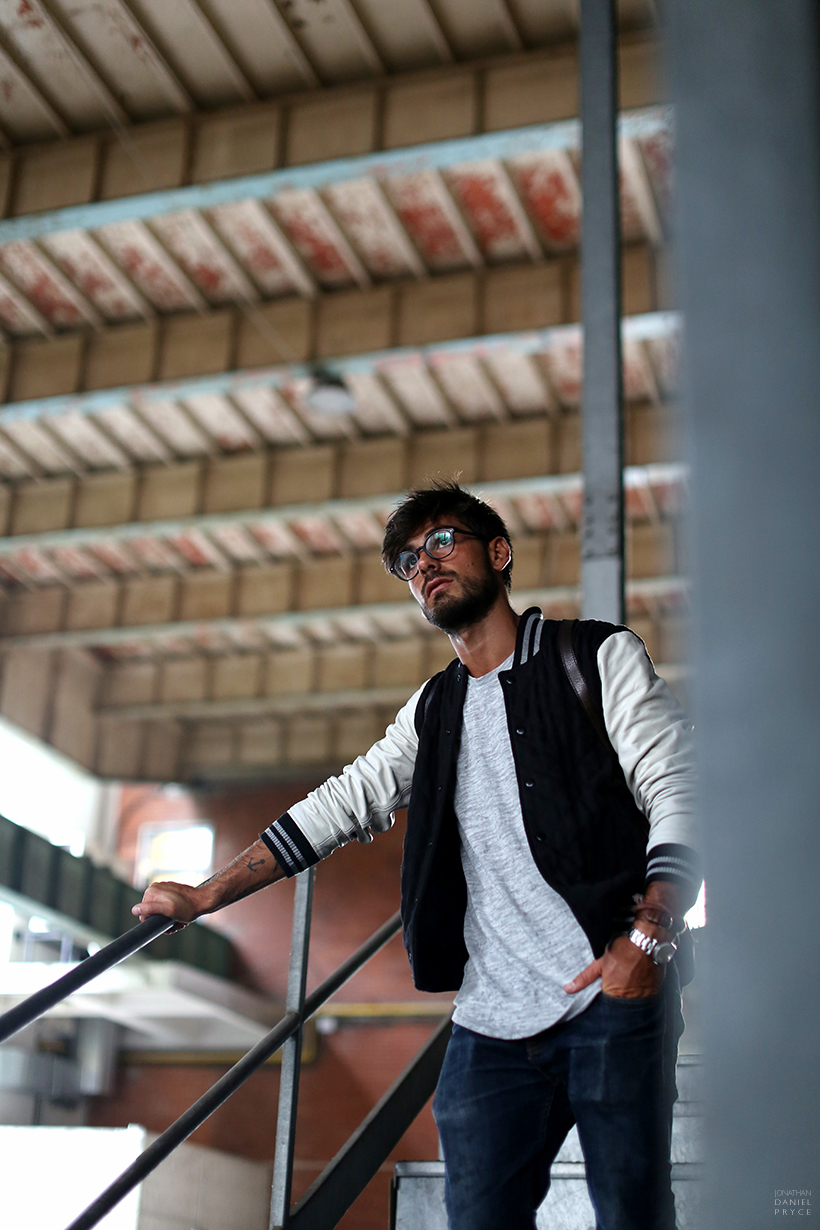 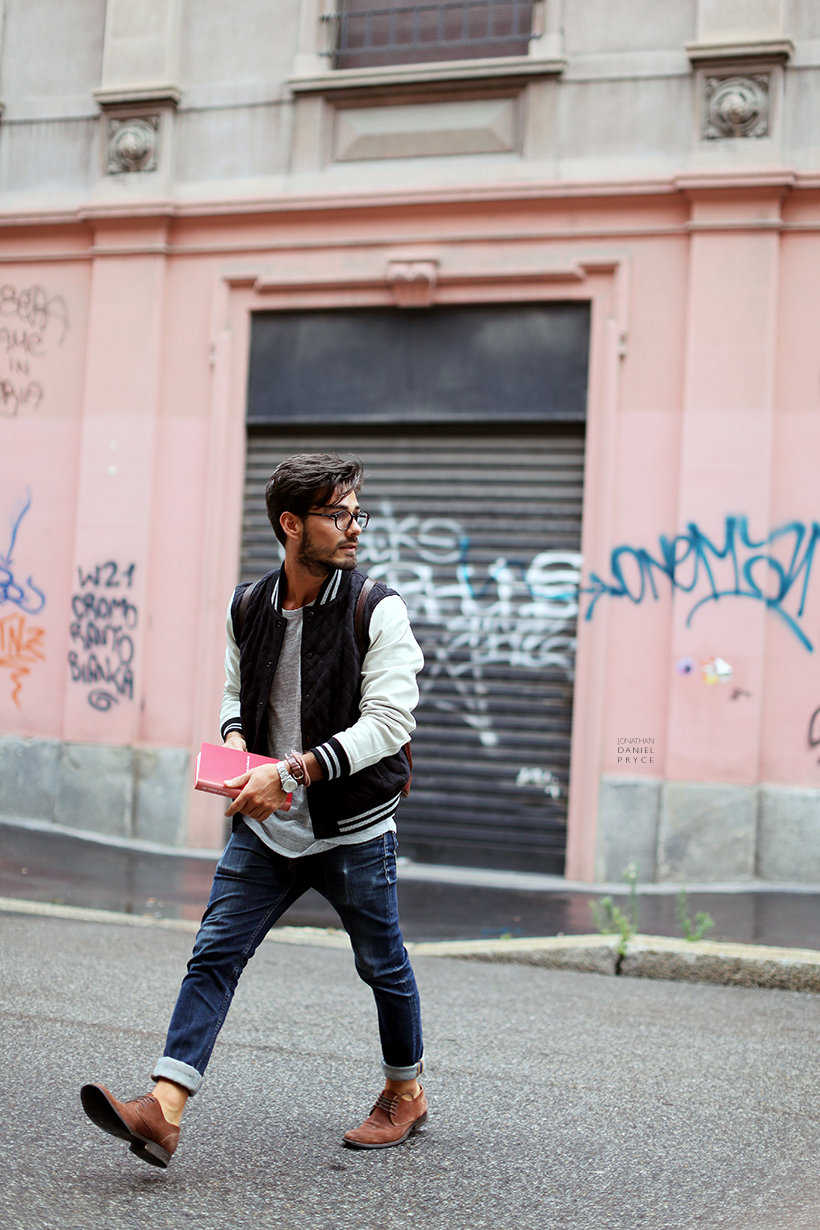 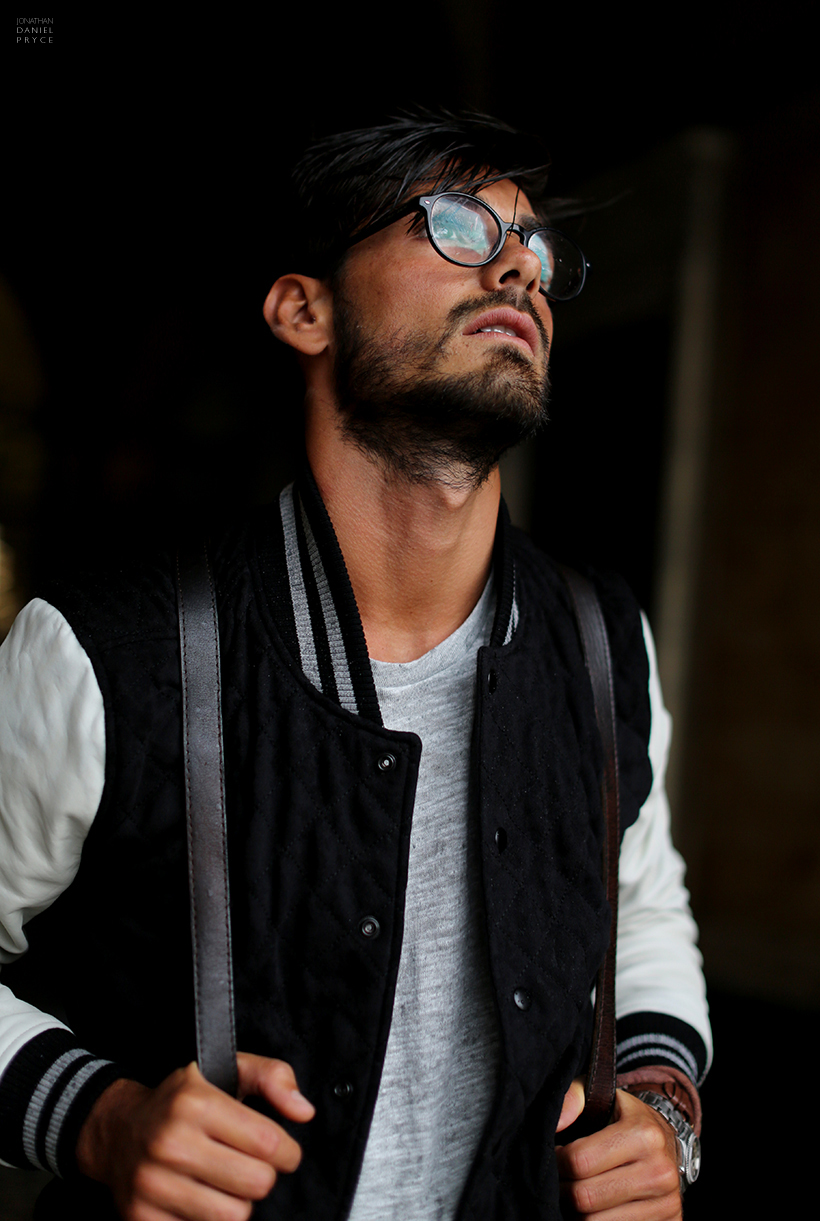 Your personal style is so strong that you’ve started to create your own designs. The blue suit you were wearing was fantastic when you arrived on set. Can you tell me about this process? It’s just a small project for now that started as a game. I sometimes found it hard to buy clothes because there would always be something that I’d change to the clothes I’d see in the shops so I thought.. why don’t I design my own clothes? Patricia started being part of the project because she loves menswear and we both think there’s nothing sexier than menswear on a woman. The brand is called Grand Pa and it’s inspired by my grandfather’s clothes back from the 1930’s. I inherited all his suits and jackets and they fit me perfectly even though they were all custom-made. I decided to be his eyes and hands even though he’s not here anymore and continue his work. What is the most important part of design for you? I start from research: people I see on the street, pictures, old street-photography galleries and then I start doing some sketches. 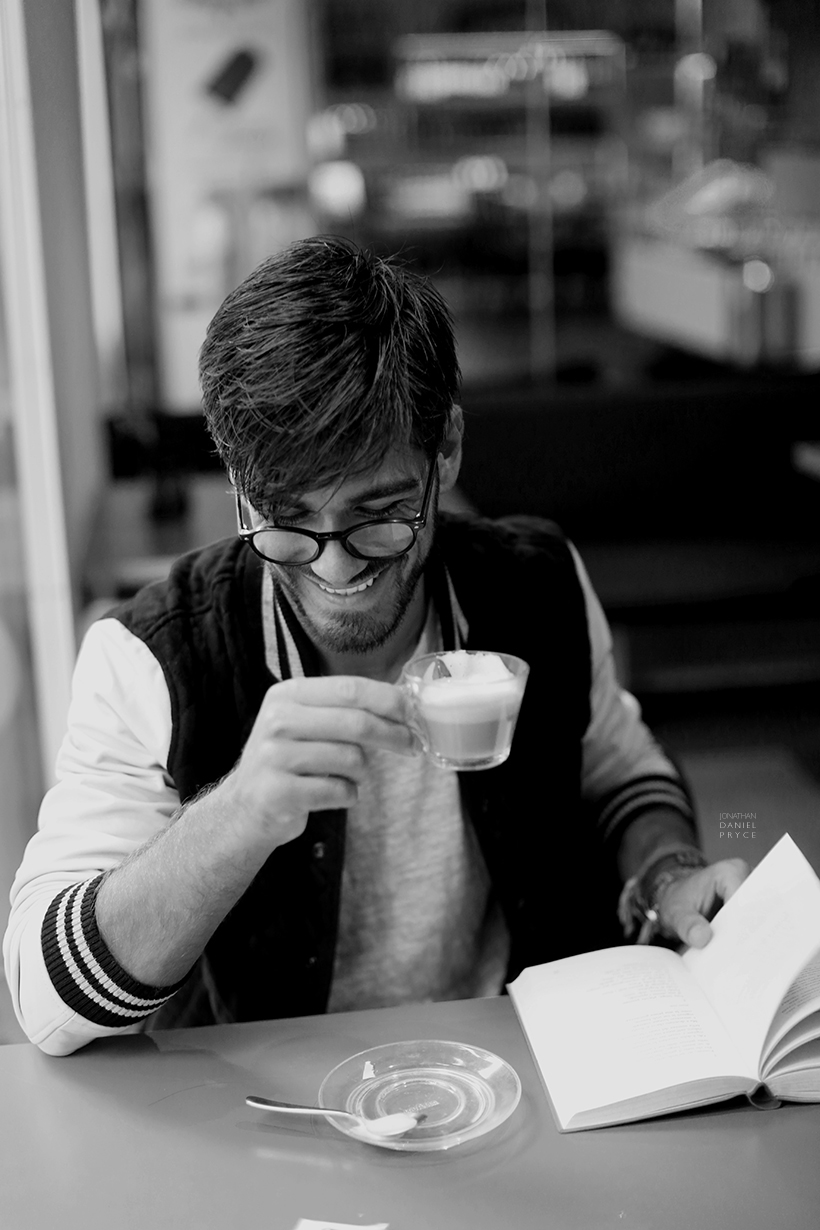 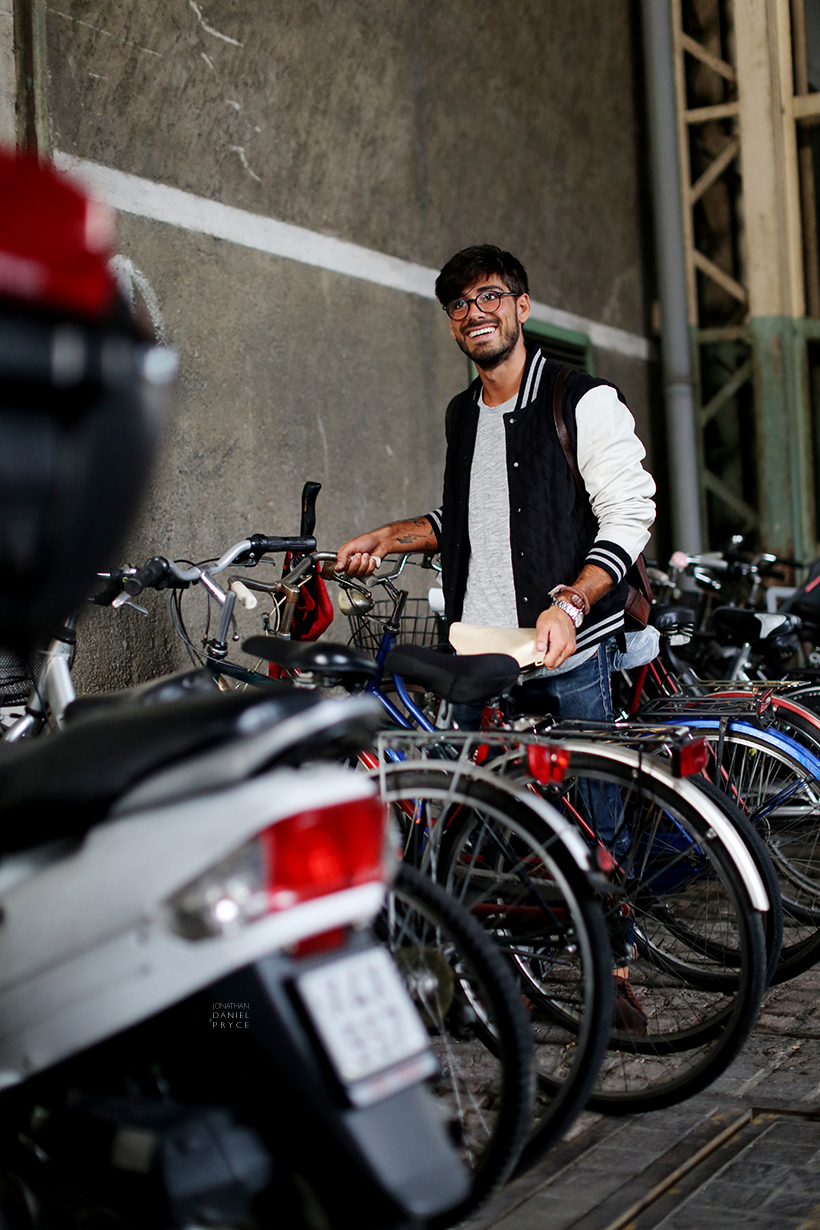 See the full interview below. What attracts you to clothing primarily? It’s usually about the fit. But I guess I couldn’t pick only one thing: it’s choosing every element, from the fabric to the colour, to the lines that makes a piece truly unique. 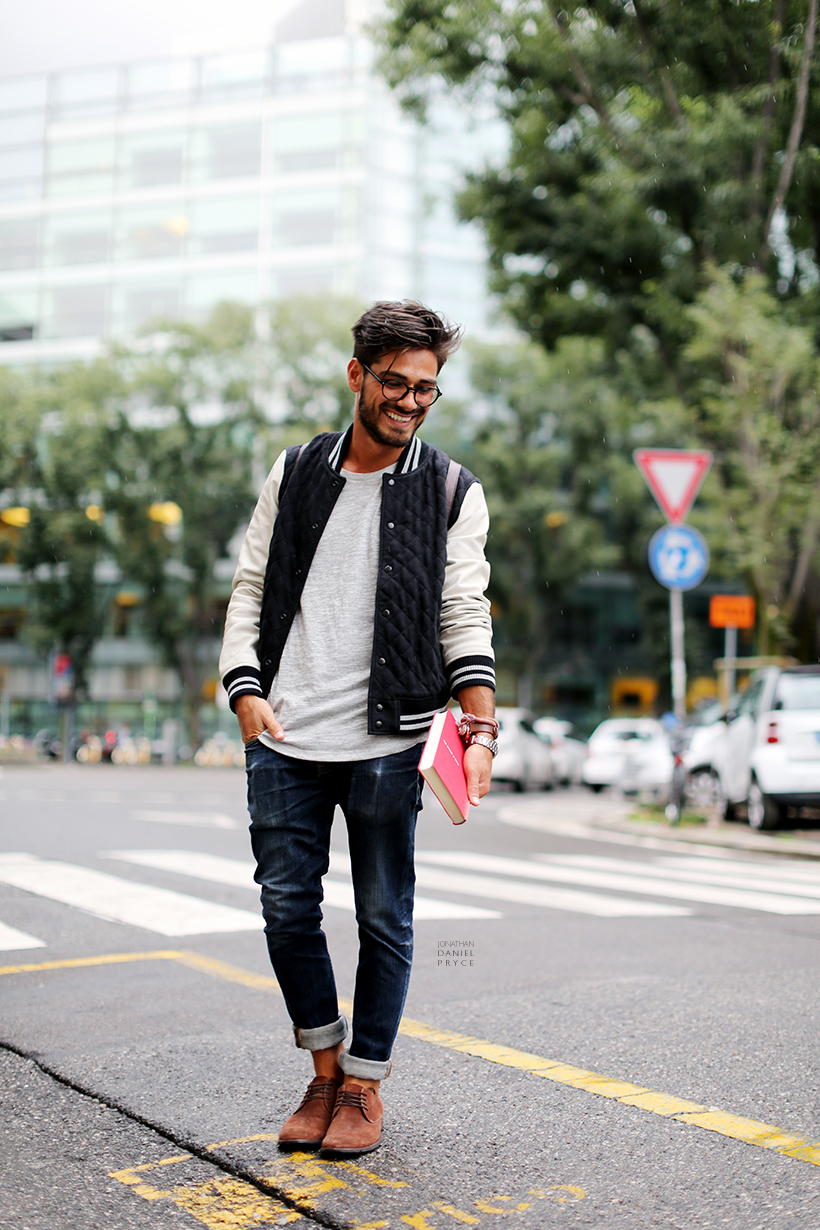 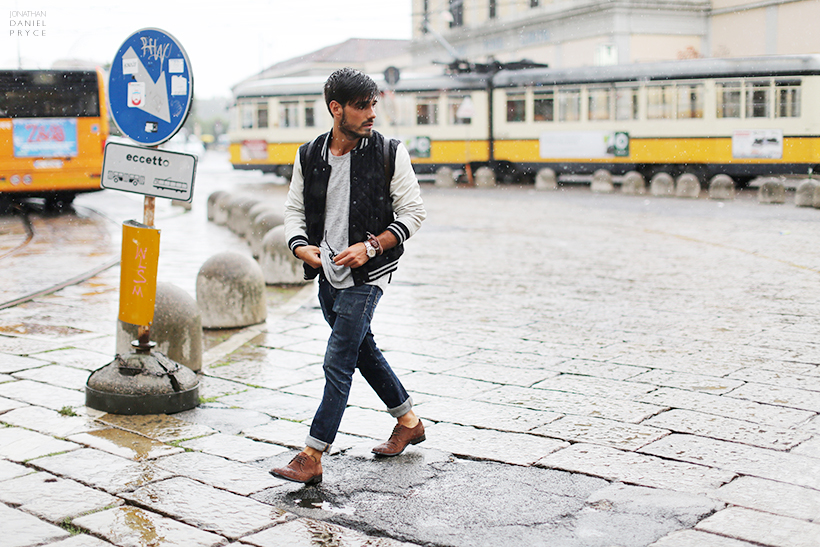 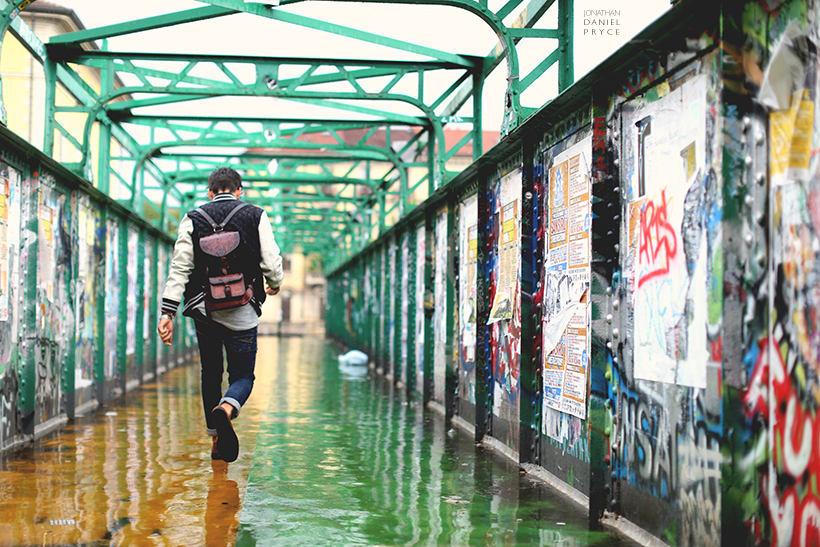 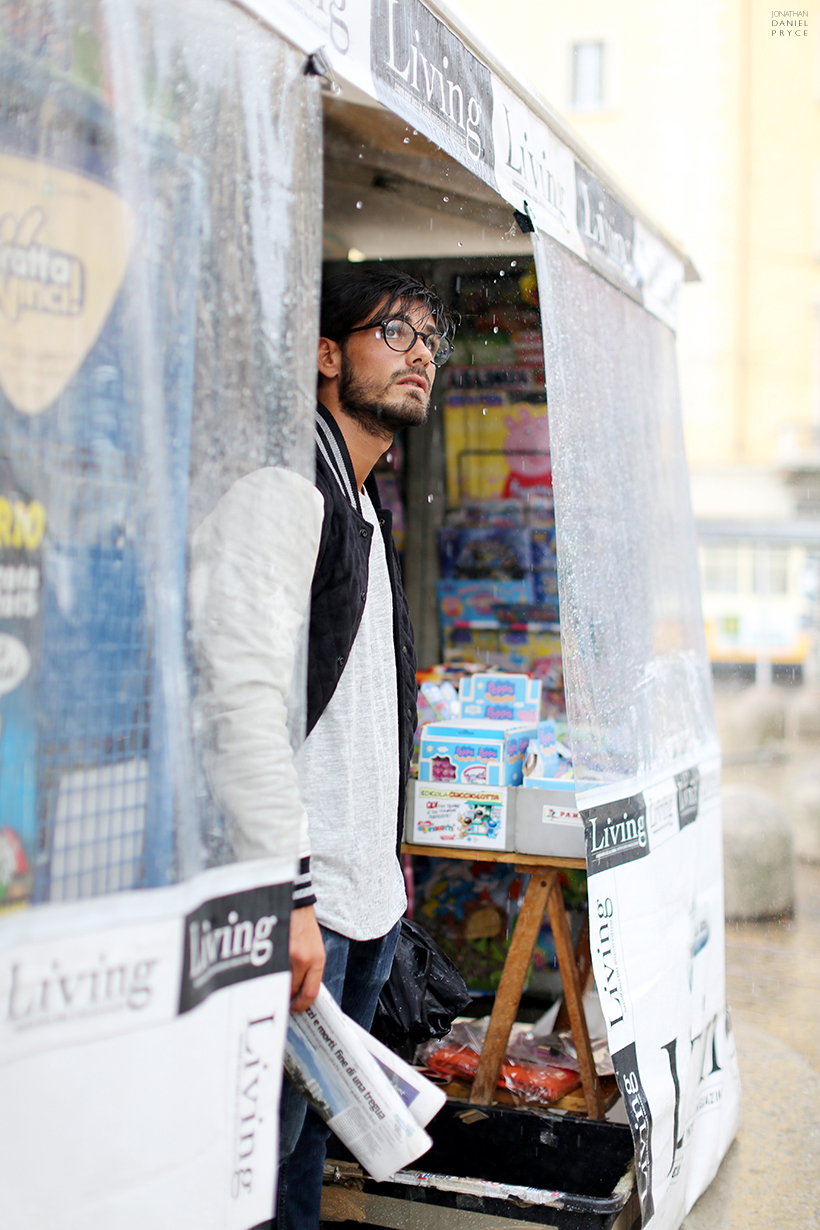 If money were no object, who would you buy clothes from? I would buy in vintage stores because they have one of a kind pieces but I also love Costume National, Giorgio Armani, Prada and Bottega Veneta. How did you get into fashion? I worked for McQueen in sales for a little bit and that’s how I started I guess. Best place for coffee in Milan? If you want a good Espresso, Motta and Cova are the best. Best food in the city? Drogheria Milanese is one of my favourite places and I also love IL RIFUGIO DEL GHIOTTONE. Who are your style influencers? My Grandpa as I said before is the main inspiration for everything but I have to admit Nick Wooster has the most amazing style. This collaboration between GQ and GAP is about finding new menswear talent in America. What does great American design mean to you? American design means two things to me: NEW and FUNCTIONAL. I use these two adjectives because I think the combination of both is what makes American design so special: always innovative but somehow functional and useful. A great fashion designer is definitely Tom Ford: always faithfull to his style and sticks to it. When it comes to cars, nothing is more interesting in design than a good old 60’s Cadillac and last but not least, the king of pop, Michael Jackson was also a king of fashion who inspires every generation after him. Finally, leave us with some words of wisdom…Don’t over-do it, it’s all about attitude. 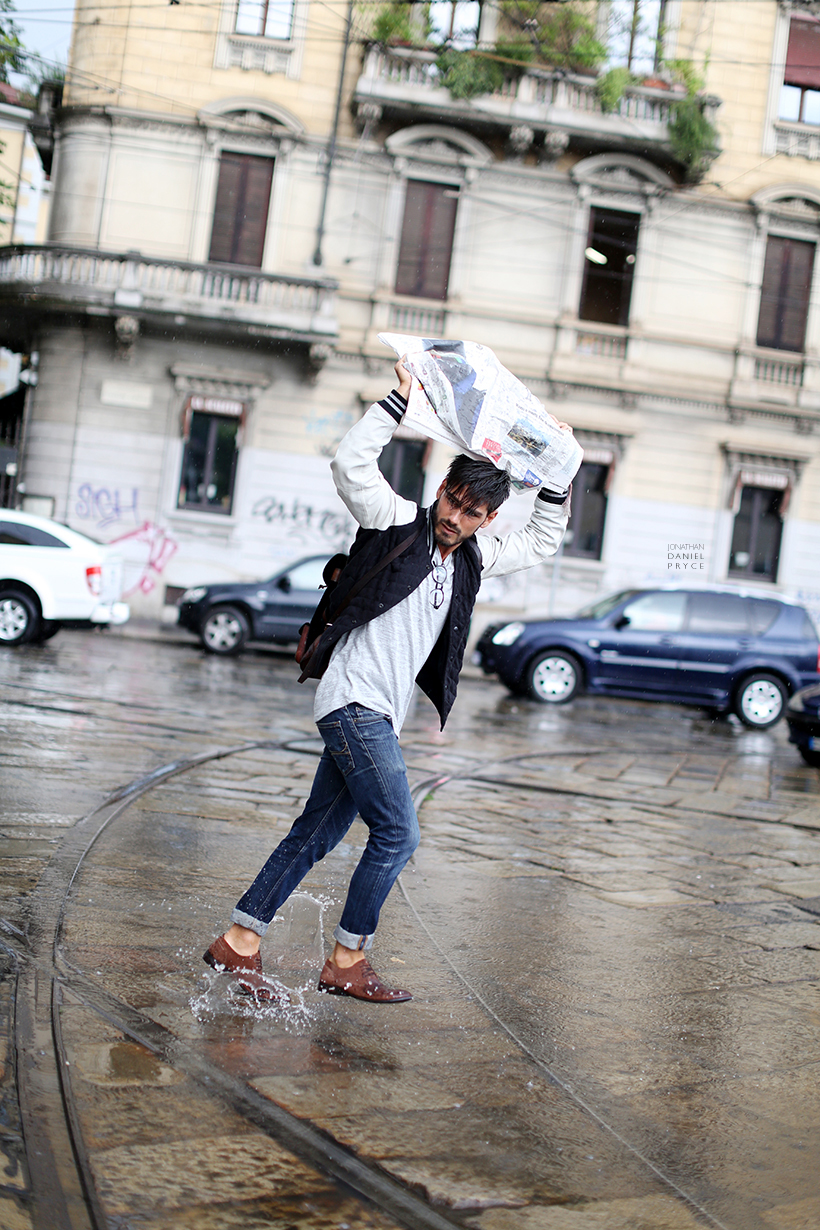 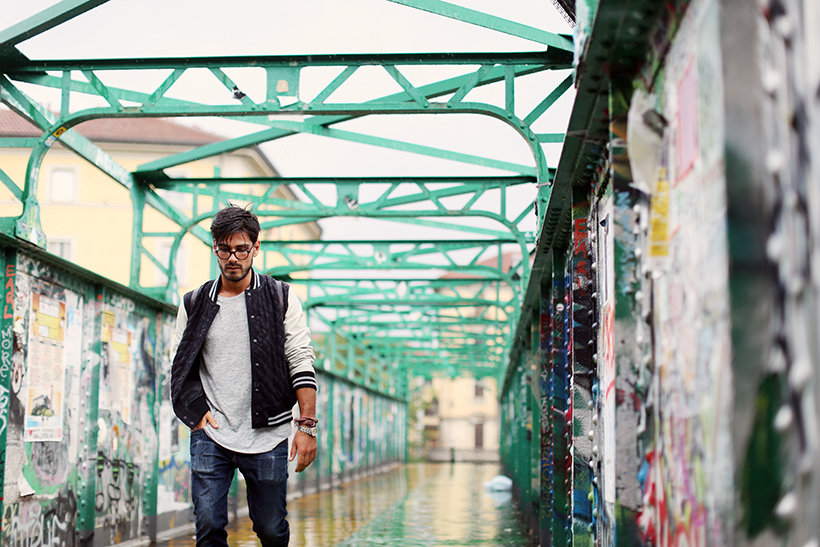 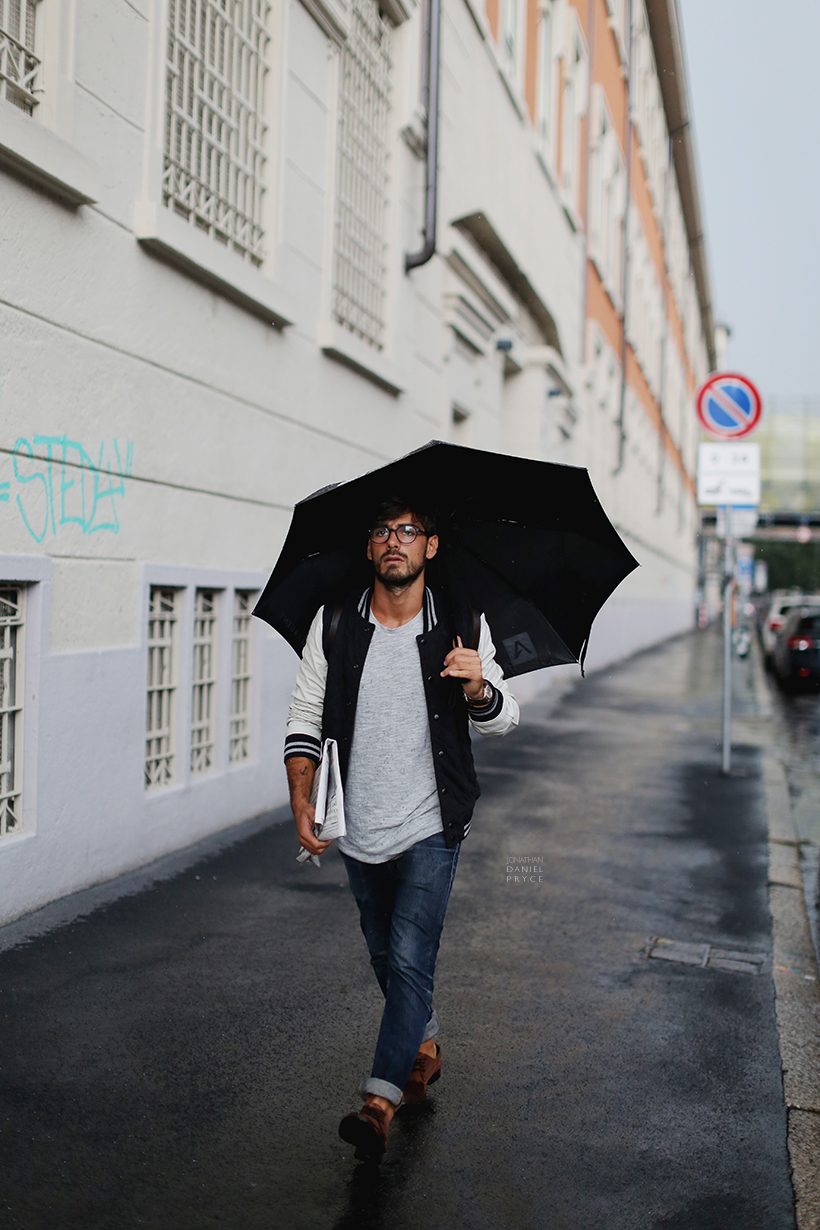