Jack Hughes is the talented artist behind many of my favourite illustrated publications. His classic, mature hand is surprising for his 25 years and after meeting on Twitter a few years ago I’ve loved following his journey. It dawned on me recently that I actually don’t know much about what makes Jack tick so relished the opportunity to ask him a few probing questions. For the shoot, Jack wore M.Nii from the GQ for GAP collection. The brand started as a tailor shop for surfer in 1950s Oahu, Hawaii and was resurrected recently by John Moore in Los Angeles. 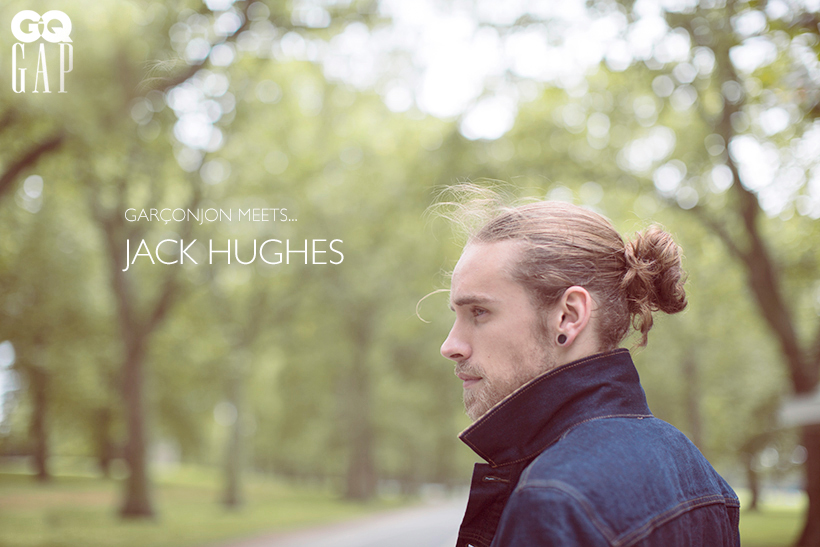 Jack Hughes, Freelance Illustrator Where did you grow up and where do you live now? I grew up in South London, just outside of Croydon. I now live in Old Street, East London. What’s your star sign? Leo, it’s obvious… right? Describe yourself in 5 words? Wry, introvert, perfectionist, weird, crude. When you were a child, what did you want to be when you grew up? I always wanted to be an architect, I’m not sure if that was my own conception or something my parents conjured up for me (probably because they wanted me to get an actual proper job with the skills I had). Either way, I was never that great in anything but art and to be an architect you have to be talented in an whole plethora of things! 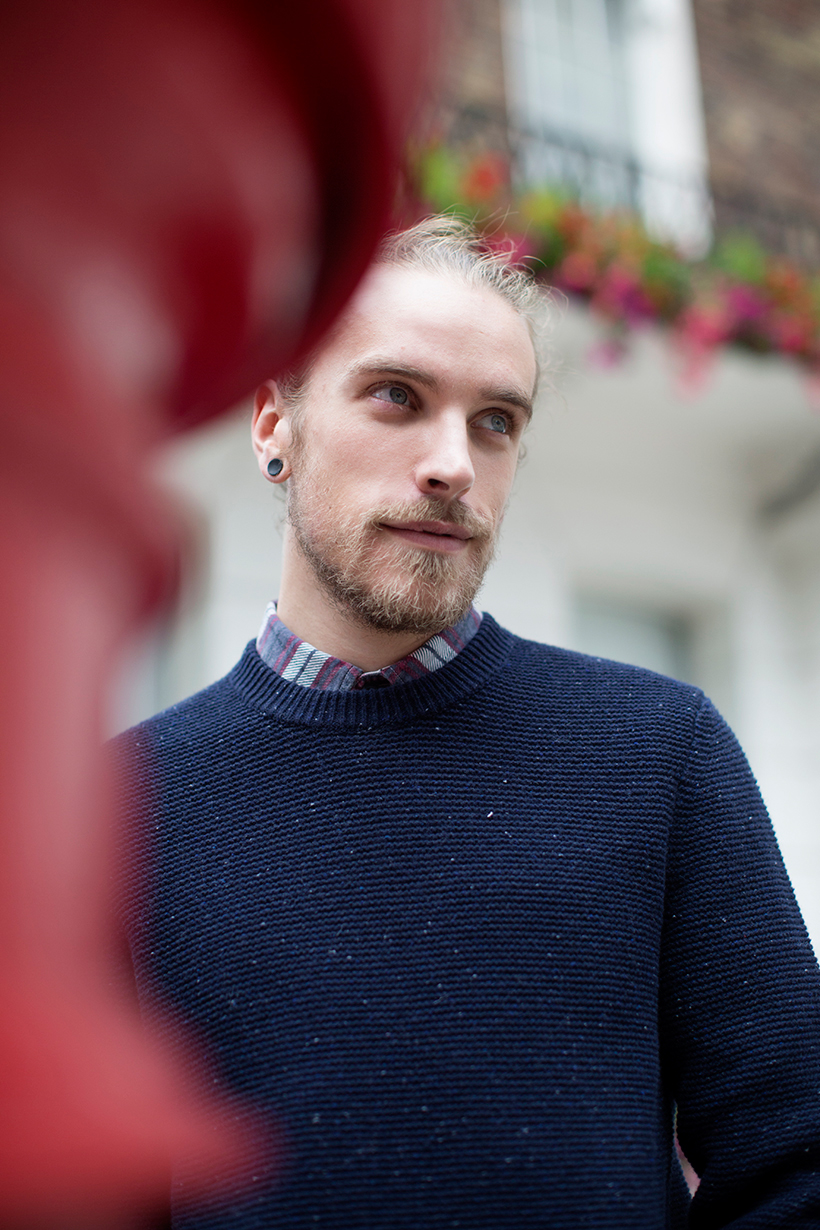 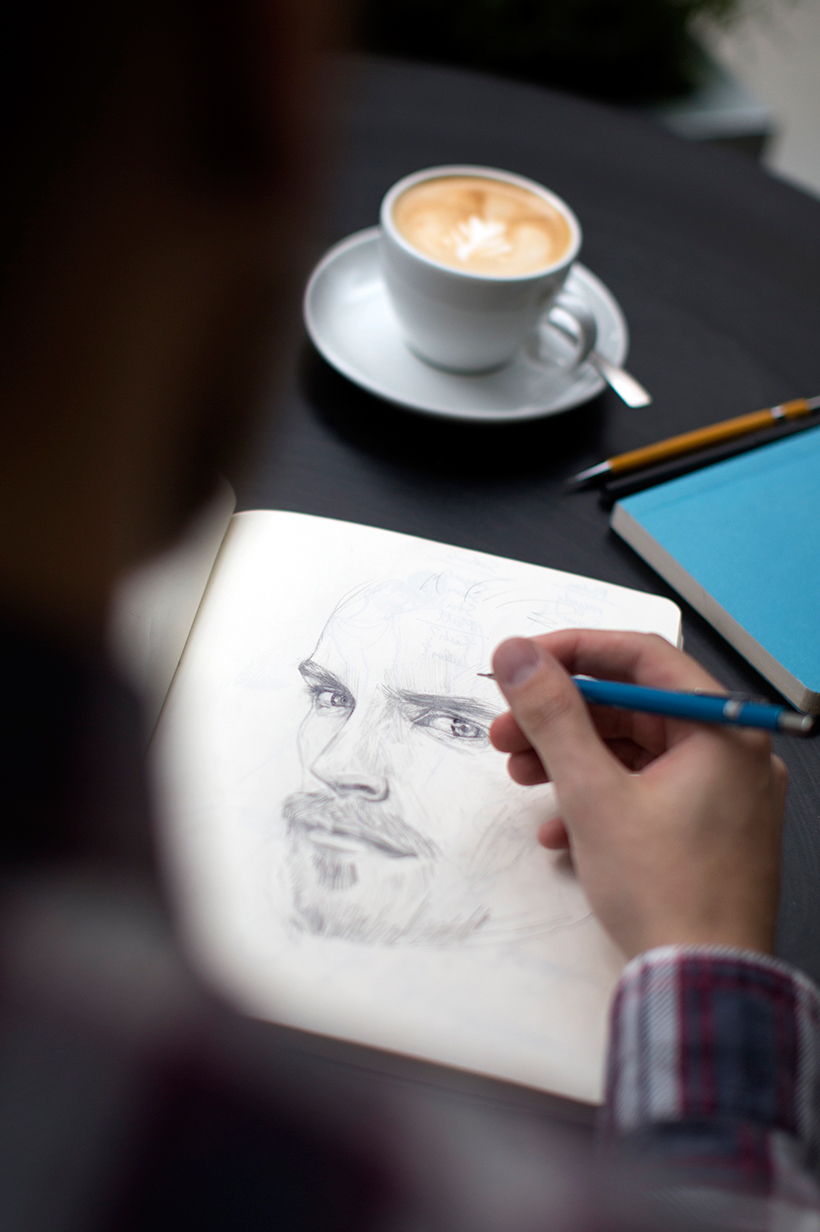 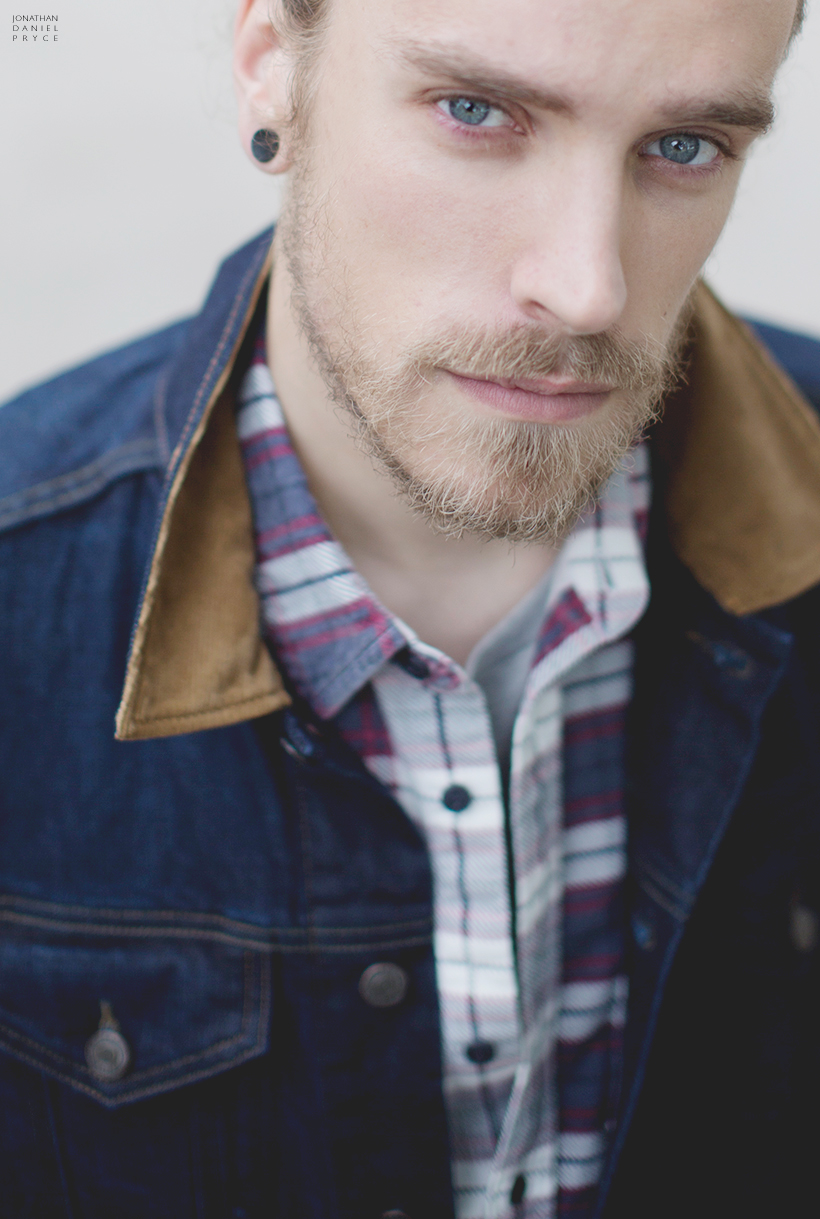 You’re officially an illustrator by trade and with that title I’m sure most people think you flit around London drawing cartoons whenever a twinkle of inspiration appears. In actuality, how would you describe your actual job?  Do you know what, I almost wish that were true! To be honest, when specialising in illustration at art college I wasn’t entirely sure what illustrators actually did on a day to day basis! And I suppose that’s because they can do almost anything they put their hands to! In terms of what my actual job entails, well… I draw pictures in exchange for money! I flit between editorial and advertising jobs, two very different beasts, mostly lifestyle or fashion based work. What’s the most challenging thing about what you do? The crazy and sporadic hours, which come with any freelance territory! You don’t have the safety net of a steady income, which makes taking on work and turning down work a very difficult balancing act. I’m beginning to learn to say ‘no’ more these days, buts it’s never easy. What do you like most about your job? I had a miniature existential crisis about my career choice not long ago. I voiced my doubts to a handful of friends over an excessive amount of red wine and one said (very nonchalantly) that at least I have something to show for what I do, something that people from any industry or background can appreciate. That certainly put me in my place and made me realise what I do is actually pretty cool. I shouldn’t complain so much! It was only on the shoot that I discovered you could actually draw freehand. Bravo. What do you prefer – digital or analogue? Difficult to answer, I’d almost forgotten how to draw with real life tools until a job spurred me on to picking up a pencil properly for the first time since life drawing at university! Digital is the realm where my ‘pay the bills’ illustrations live but I’ll never forget the skills I have that got me to where I am today. 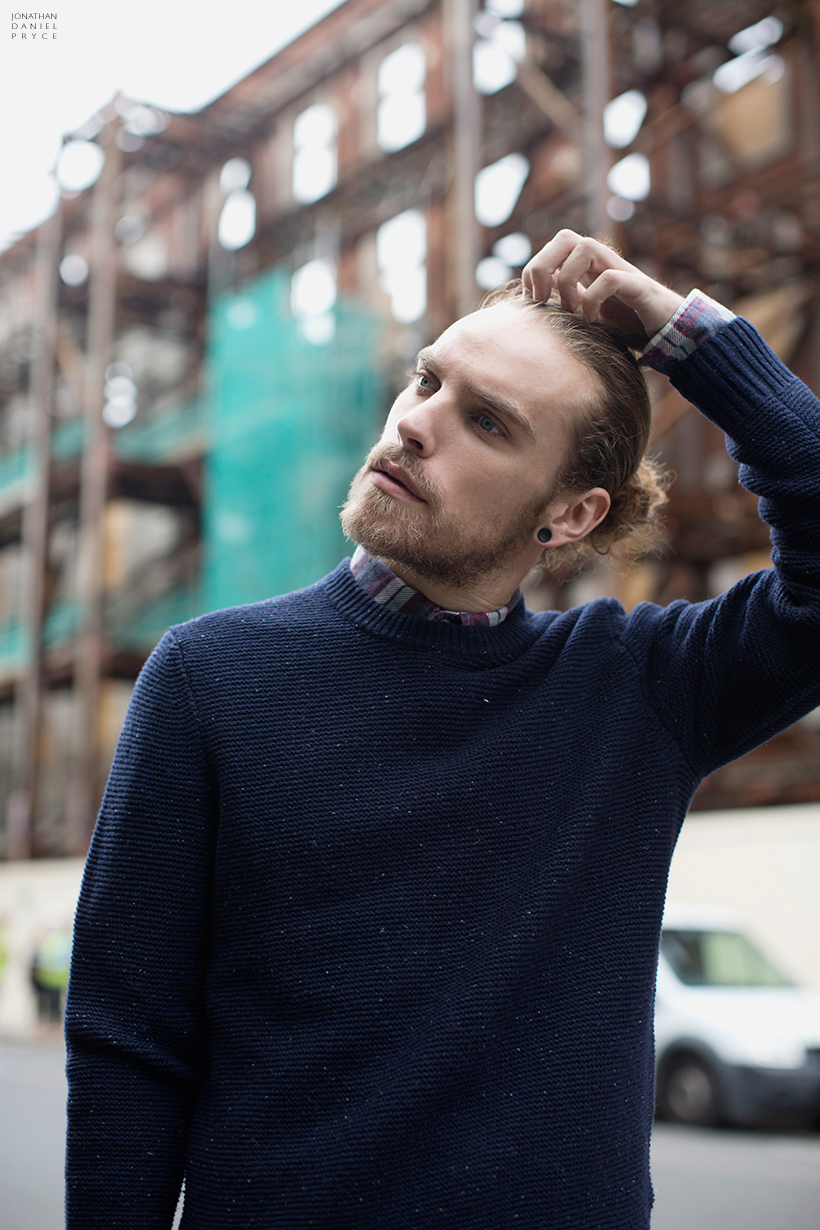 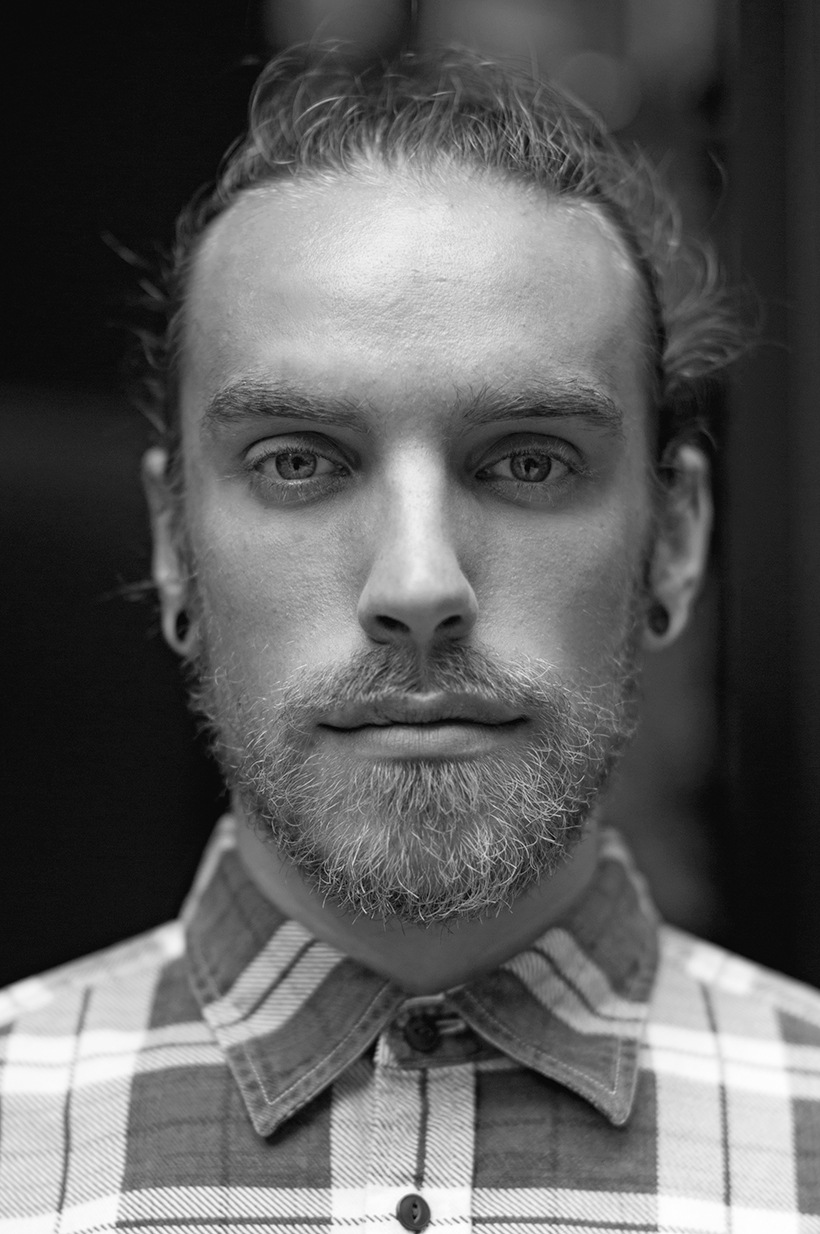 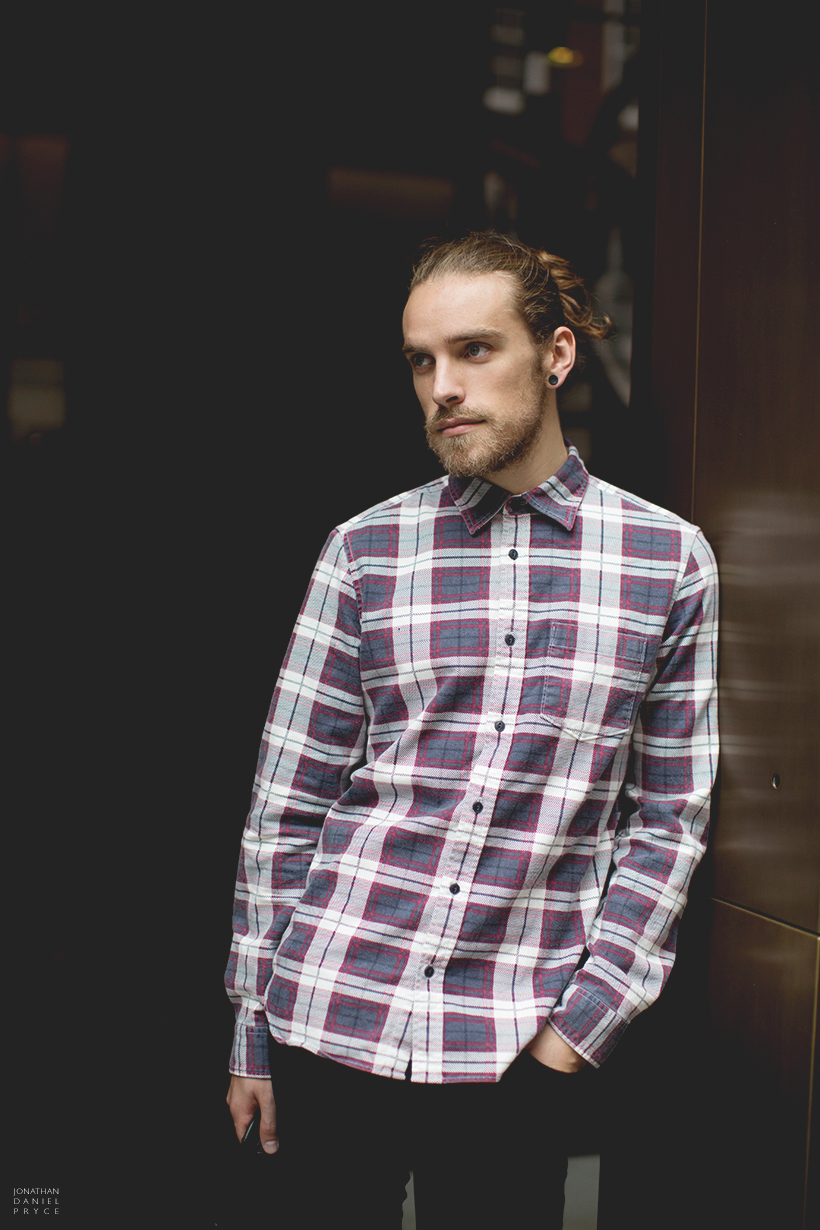 Your work helped to define Shortlist’s Mr Hyde brand, how did you come up with that aesthetic? They approached me off the back of my work with publishers Hardie Grant Books (amazing people) and the book I illustrated for them – The Gentleman’s Guide to Cocktails. Developing the Mr Hyde brand was really just an extension of the work I did for that, but a bit more contemporary to suit their readership. The launch was very stressful however! See the full interview by clicking below: Much of your work has a fashion angle – how did you get into this kind of imagery? It wasn’t a conscious decision at all which is probably one of the more organic career movements I’ve experienced. My work at university was so far removed from what it is now, I did however pick up on something when illustrating in my spare time during a massive Mad Men binge over the Christmas end of term holiday. I threw a few illustrations up on my blog, not thinking anyone would really notice or care, little did I know that someone from the aforementioned publishers – Hardie Grant Books, would spot them and commission me to illustrate an entire book! You’re a Londoner born and bred – a rare specimen, init. What traits make a true Londoner? Ha! I’ve no idea really, London is so diverse now I don’t think there’s one such thing as a true ‘Londoner’. Actually, passive aggressiveness is quite a common trait amongst Londoners… and we don’t all say ‘init’. If money were no object where would you buy property in London? Too many places to choose from! Before Old Street I used to live in Chiswick, which was lovely… I’d be tempted to say either there or somewhere more central, perhaps Angel or Islington, one of those glorious Victorian white town houses would be nice. 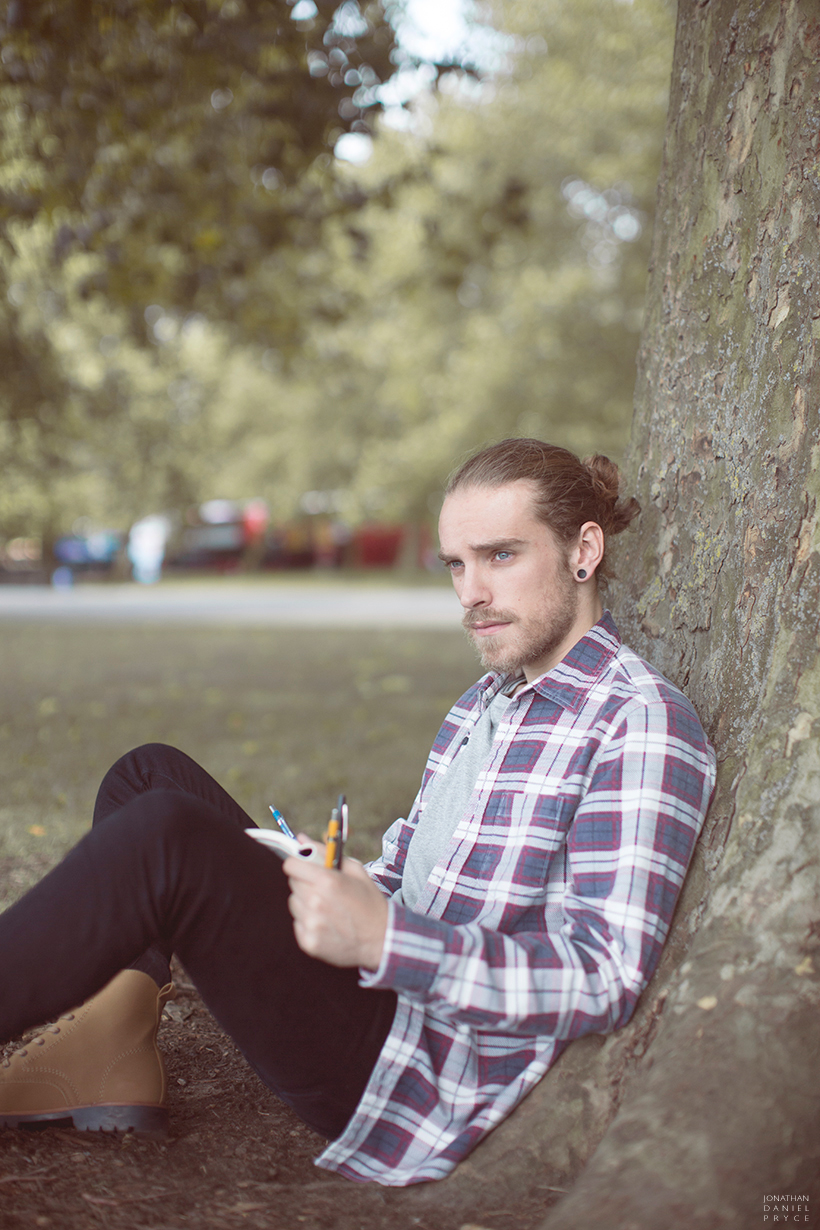 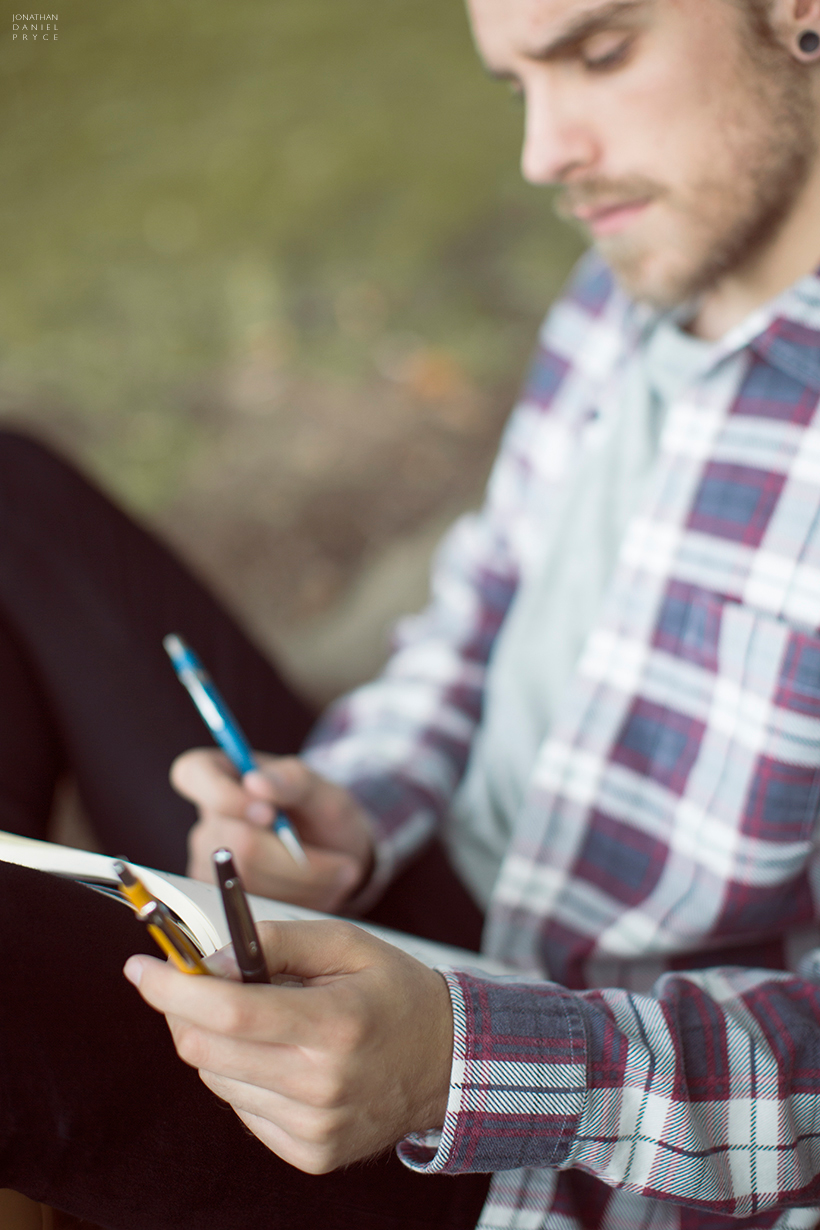 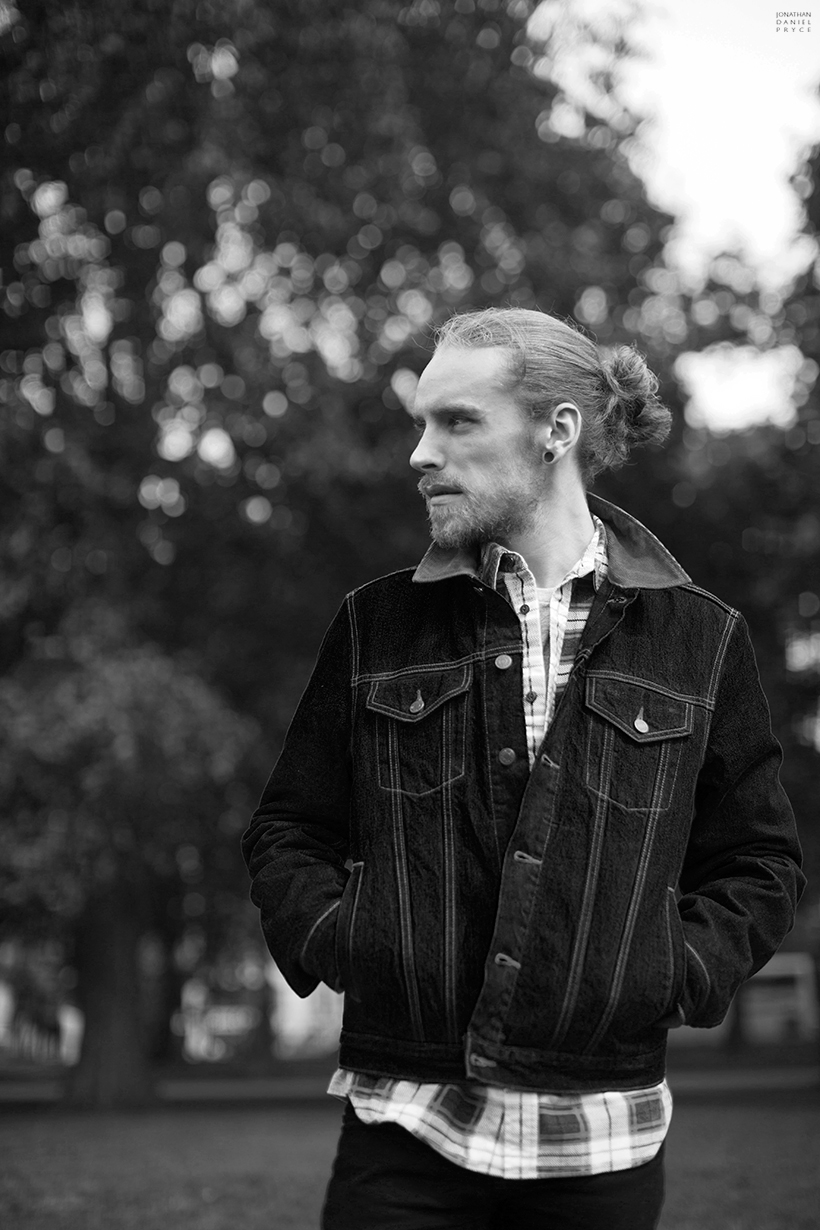 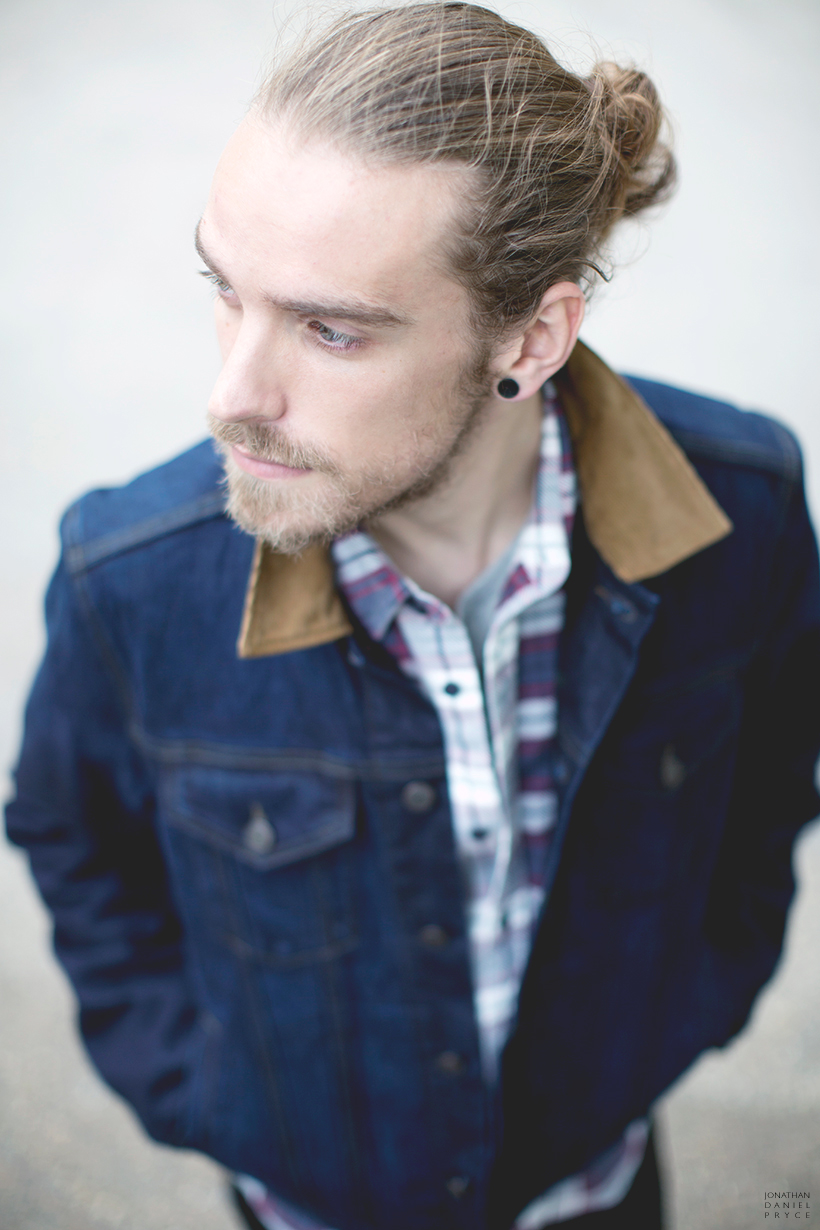 Give me 5 words that accurately describe your experience of the big smoke. Unforgiving, sprawling, brilliant, overwhelming and diverse. Complete these sentences: Jack is… awful, just awful. Art is… what you make of it. Life is… a forever changing landscape. Conscious Uncoupling is… something I don’t understand. Twitter or Insta? Both! Iggy or Azealia? Neither! East or West? South! Frieze London or Frieze Masters? Frieze London. What blogs or magazines are you currently reading? Since the purchase of my iPad I’ve been dipping in and out of Esquire, both the weekly and the monthly. I also subscribed to Stack Magazines a few months back, a service which sends out a different ‘indie’ mag each month, well worth checking out if you haven’t heard of it! This collaboration between GQ and GAP is about finding new menswear talent in America. What does great American design mean to you? Great American design evokes the mid-century advertising boom, some great illustrators were at the top of their game around then – J.C.Leyendecker for example was one and is one of my favourites. What’s on the horizon for you? I’m not entirely sure, it’s been a manic year so far what with all the Holland and Sherry work (which sequentially went on to win me my first illustration award!), the River Island campaign, various ad and editorial jobs. I think it’s time I took things a little easy and looked after myself some more. Finally, leave us with some words of wisdom…Don’t be a dick. 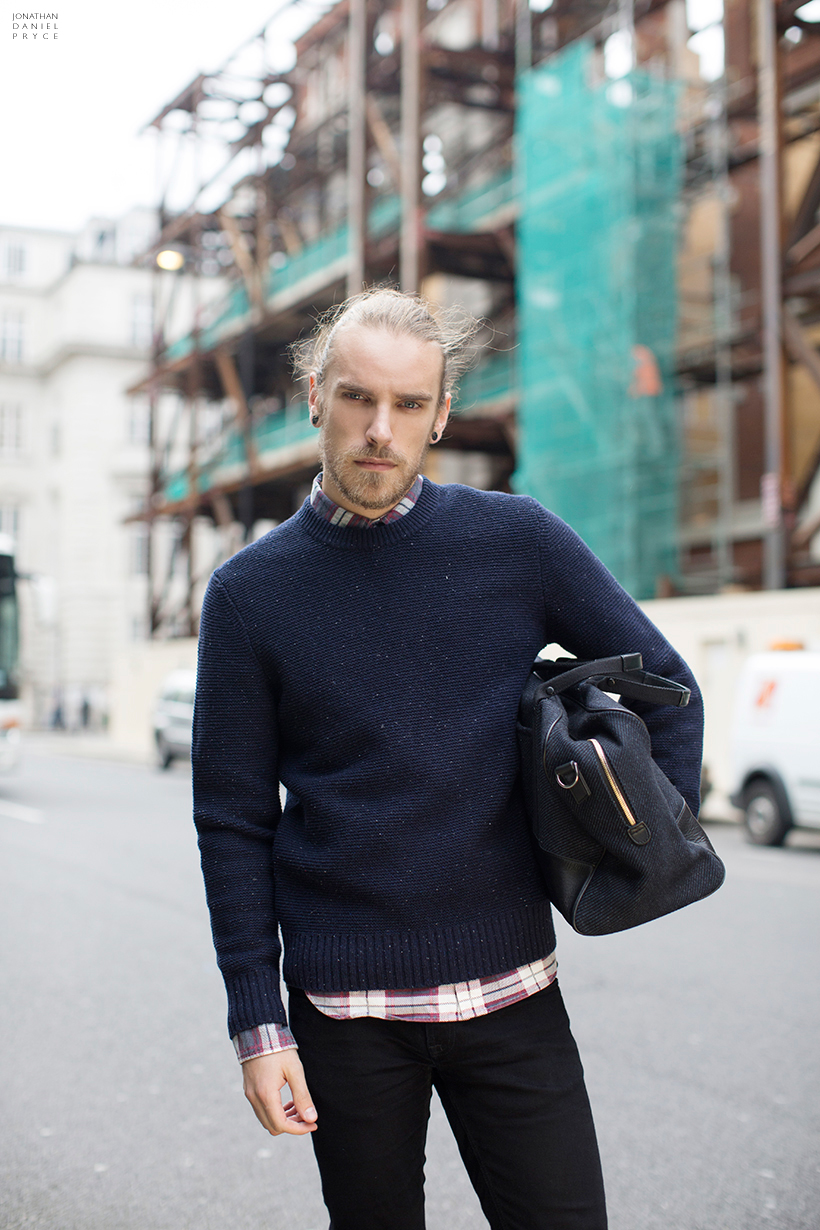 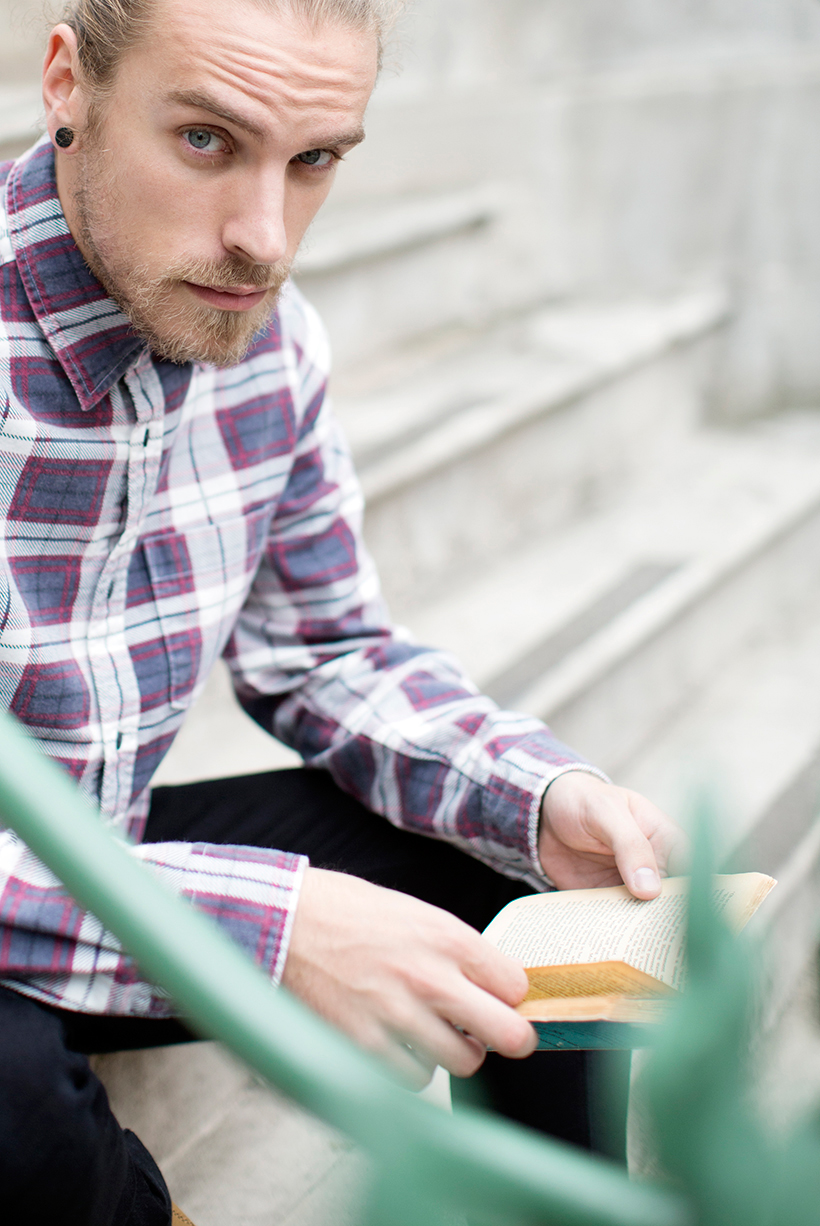 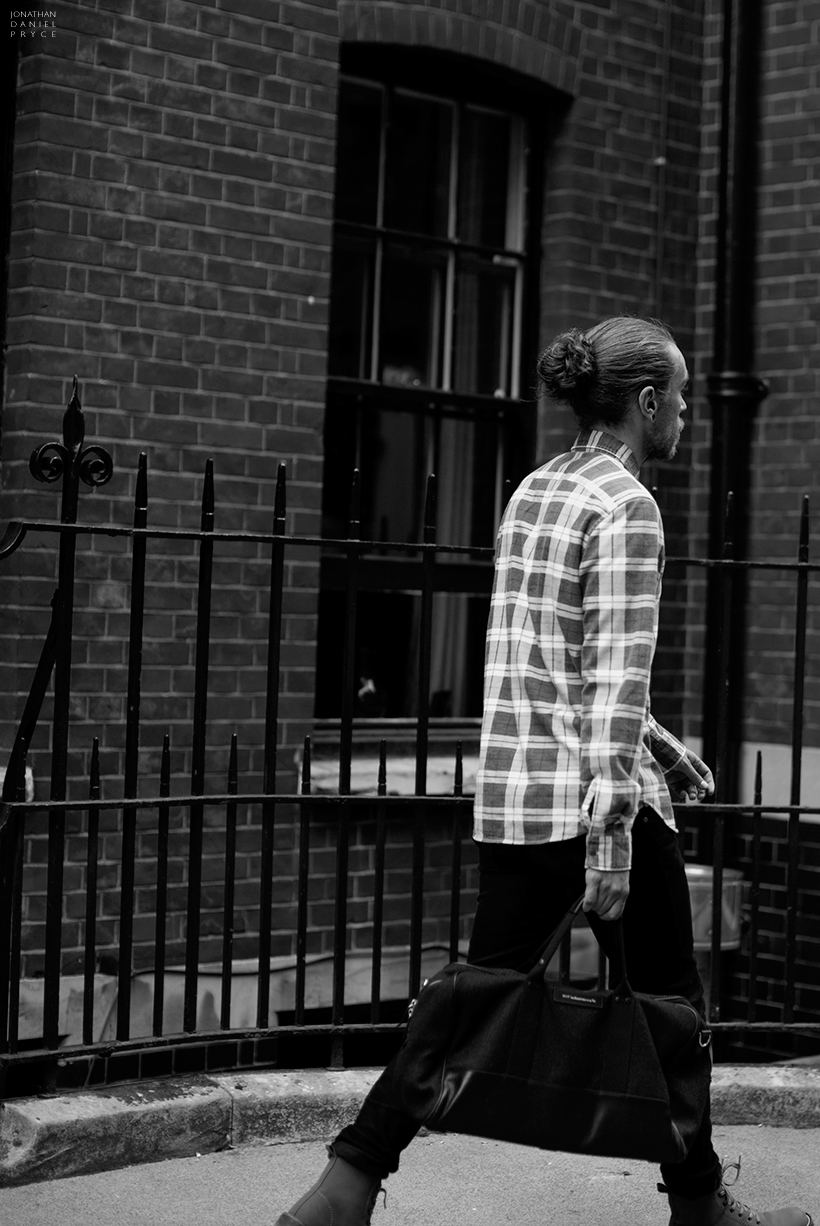