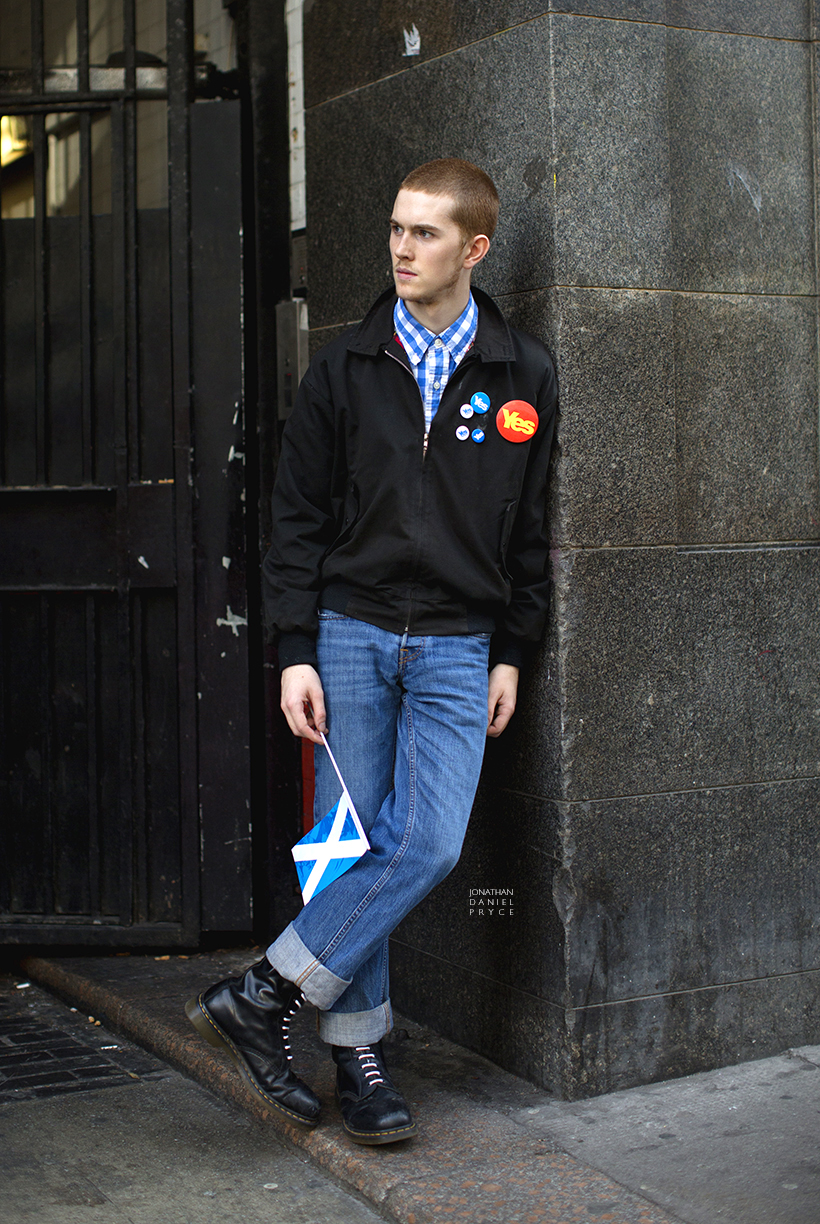 Dean: Hope Street, Glasgow This week I traveled back north of the border and began documenting the political scene in Glasgow and Edinburgh. The energy was electric and I saw people more engaged and impassioned by politics than ever before. As I got off the train and walked along Glasgow’s Gordon Street, I actually got goosebumps. The final decision has been made and I hope this has been a great step forward to create positive change for real people. What an incredible week for politics with the highest percentage of the electorate vote ever in Scotland and some areas showing a full 100% turnout to vote.